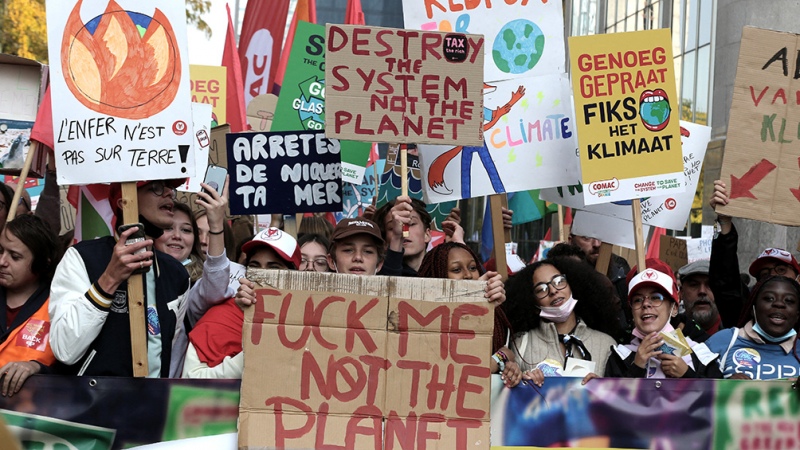 The Climate Conference (COP26) will be held in the next two weeks.

After almost two years without global negotiations on climate change, civil organizations and environmental activists have modest expectations about the results of the Climate Conference (COP26) that will be held in the next two weeks in the United Kingdom, although they trust that the States participants make more serious commitments to finally make the Paris Agreement effective.

The almost certain absence of Chinese President Xi Jinping, one of the most important players for the leaders’ summit because he leads the country with the highest carbon dioxide (CO2) emissions, “is not a good sign,” according to Tlam Carlos. Tanides, who will participate in COP26 as a representative of the Alliance for Climate Action of Argentina.

However, he clarified: “We cannot just base ourselves on that fact, it must be seen with what proposal the Chinese delegates are going to COP26.”

For Chinese activist Ma Jun, director of the Institute of Public and Environmental Affairs, a Beijing-based NGO, having signed three major commitments in the last year, China may not have more concessions to offer.

Part of the discussions will focus on the $ 100 billion fund that rich countries pledged to finance developing countries.”

At this year’s UN General Assembly, Beijing surprised by announcing its goal of achieving carbon neutrality by 2060 and replacing its energy consumption with 25% renewable energy by 2030; both commitments were officially presented yesterday to the UN.

It also announced that it would stop financing coal plants abroad, although without specifying dates.

For Ma Jun, the important thing is that at this summit a balance is made and the agreements reached are consolidated. “It is not enough to put these (commitments) on paper. We have to translate them into solid actions, “he recently told Infobae.

“There will be steps forward, the question is always whether it will be enough. This year the US has joined the balance plate that is inclined to take concrete measures to combat climate change, so we understand that this will generate changes. concrete (…) in recent years we had a country that was just slowing down and boycotting all these processes, “he said.

The United States, under the Presidency of Barack Obama, promoted the signing of the Paris Agreement in 2015 but during the government of Donald Trump, a climate change denier, withdrew from the agreement.

The truth is that the absence of the main leaders or the light positions of others generates an impact on others.

At COP26 “nothing will be defined and (they will) kick the issues for later,” he opined in dialogue with Tlam Hernn Giardini, from Greenpeace, who stressed that the important thing about this appointment, in the first place, is that The talks are resumed, after a two-year pause due to the pandemic and the taste of the little left by the COP25 of 2019 in Madrid.

Part of the discussions will focus on the $ 100 billion fund that rich countries pledged to finance developing countries. in its adaptation to a more sustainable economic and social model, together with the creation of a carbon market in which countries and companies can buy and sell emission permits.

In case the money is obtained, it is necessary to establish a clear roadmap on several issues, including how it will be distributed, who will control the use that is given to these funds or how rights will be respected. of the native communities in the territories when they want to protect the forests.

“I think the financing discussion is going to be quite blocked, it is like resuming what was paused by the pandemic. This COP has more to do with the ratification of the summit space as a place to discuss the agreements,” Giardini explained.

All analysts maintain that what is important is what each country presents regarding contributions to lower emissions and that it is urgent that commitments increase.

Last august, The Intergovernmental Panel on Climate Change (IPCC) revealed that many of the consequences of climate change are irreversible and that the increase in the global temperature of the earth has already exceeded 1.1.

He added that even if countries began to drastically reduce their emissions, global warming would be around 1.5 in a very short time, although he left hope that it will be limited to between 1.5 and 2 if polluting emissions are significantly reduced. .

“With this IPCC background, COP26 is seen as a last great opportunity for world leaders to commit to promoting significant changes so as not to exceed that danger threshold”, expressed Victoria Cortese, coordinator of Alianza por el Clima, in a chat with Tlam.

The young activist pointed out that the agroecological model based on plants is presented as a great opportunity to combat global warming and called for “not depoliticizing” the climate crisis and its effects caused by human action, understood as “the economy, the system, the dominant model of production, distribution, consumption of goods, food and energy “.