Kim Jong Un admits: The food situation in the country is particularly dire 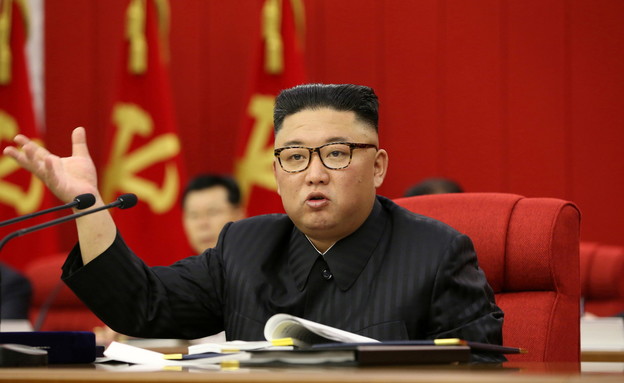 Kim Jong Un, the leader of North Korea, officially and quite exceptionally admits that the economic and nutritional situation in his closed country is very bad. In a statement during a meeting with senior members of his party yesterday (Wednesday), he said: “The food situation of the people is not good.” This was reported by the central Korean news agency KCNA, based in the capital, Pyongyang.

Kim clarified his remarks and pointed the finger of blame first and foremost at the situation created in the wake of the global corona crisis, and North Korea’s efforts to deal with the plague. Among other things, he said that the agricultural sector in the country had failed to meet the grain and food production targets set for it, and also attributed this to the proliferation of typhoons and heavy floods over the past year.

Due to the plague, North Korea has closed its gates almost completely in recent months, and as a result, its import industry has also been significantly damaged. Its border with mainland China, too, has been relatively closed to routine days – although North Korea relies heavily on imports from it. It is estimated that every year North Korea imports large quantities of food, fertilizer, fuel and other basic consumer goods from China.

Kim clarified in his remarks that all the conditions and environment facing the state “have been exacerbated over the past year”. Among other things, the food crisis in the country is reflected in the fact that the price of a kilogram of bananas, which are considered in everyday life as a basic consumer product in North Korea, has risen to $ 45.

Kim’s remarks come at an interesting time, after last week’s media outlets around the world published rumors of a deterioration in his health following photos that showed he had lost many kilograms of body weight recently. The publicity came after more than a month in which Kim was not seen in public, and at the end he looked thinner than usual – so various journalists noticed a difference in the size of his hand and the number of holes in his wristband that were required to wear it.

It is estimated that the body weight of Kim Jong Un reached 140 kg in the year before the corona crisis. Various researchers estimate that in each of the 10 years of Kim’s reign, which is apparently 37 years old, he added about 7 -6 kg.

Kim did not elaborate to his party members about the depth of the crisis facing North Korea, but according to many it is an unusually severe reality even for the eastern country, which has been accustomed for many years to an American sanctions regime against it. He added that due to the crisis, his people may have to prepare for another “grueling march” in the near future. “The grueling parade” is the historical name given by the North Korean regime to the period of heavy famine during the years 1998-1994.

The “grueling march” is considered a heavy national trauma in North Korean memory, and is one of the most severe social and economic crises in the country in recent decades. According to various estimates, 3,500,000-900,000 North Koreans died of starvation and economic deprivation in those years. In those years, citizens were forbidden to use the word “hunger,” and the authorities encouraged them to embark on a “grueling journey” on the road to obtaining food and dealing with difficulties.