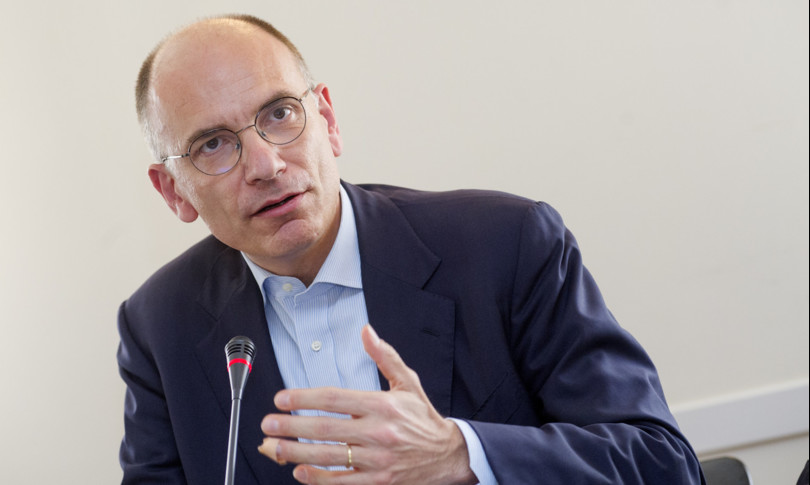 – The break with Italia Viva has nothing to do with the construction of the “large center-left camp”, a “construction from below, which continues through the work of the dmeocratic Agora”, as explained by the Nazarene. In short, not a sum of acronyms, but something deeper that is innervated in society and includes the progressive, reformist and liberal forces.

Forces that, as an authoritative parliamentary source from the Democratic Party explains, “They cannot be confined to the narrow perimeter of the Italia Viva representation on the national territory, with all due respect. Even those who watch and comment on this process should come out of the approximation according to which ‘either with Renzi or nothing.

The scheme is that of the New Olive Tree to be built with the moderate and liberal world which certainly does not end in Italia Viva“.

The secretary of the Democratic Party dwells on the subject during the inauguration of the sixth edition of the Schools of Policies, a project he started in 2015. “Obviously we still have to work for a wide field of the center-left, after the sinking of the Zan bill. I always work in an inclusive, winning center-left logic. It was simply an important moment of clarification “, explains Enrico Letta, answering a question from journalists upon arrival in Via Giulia, in Rome, in the theater where the two days of meetings and discussions are held.

A question that also arises from the interviews released in these hours by senator dem Andrea Marcucci, leader of that group of Pd senators who looks to Renzi and Italia Viva as a point of reference and a privileged interlocutor outside the party. “We need to be consistent. If you say wide field, then the field cannot suddenly narrow. For the challenge of the Quirinale, and to win the elections, you need the highest possible consensus”, chirps Marcucci.

The mayor of Bergamo Giorgio Gori is also alarmed and, after the silence following the dropping of the Zan bill, comments: “Making the perimeter of the center-left and future alliances descend from the vote on the Zan bill seems to me a mistake. For us more than for the others “.

Yet, in these hours, exponents of Base Riformista, an area of ​​the Democratic Party to which Marcucci and Gori also look, do not hesitate to condemn the reconstructions that attribute to the Democratic Party the responsibility for having caused the collapse of the Zan bill. “The Democratic Party has worked consistently and firmly, the right has never wanted to approve a law against homotransphobia, and Italia Viva has changed its mind by weakening the path. Everything else is noise “, says Andrea Romano, spokesman for Base Riformista in no uncertain terms.

Even clearer Simona Malpezzi, president of the dem senators, for whom “the Renzians weakened the Zan bill even before the vote on the ‘tagliolà in the Senate chamber. .

The reference is to the rumors that Matteo Renzi is ready to seal the pact with the center-right for the election of the Head of State. The agreement made in the Sicilianò laboratory together with the force lieutenant Gianfranco Miccichè would be only the appetizer of what he is preparing for when the Parliament will meet and choose the successor of Sergio Mattarella.

Matteo Renzi yesterday entrusted his version of the facts to a video on Facebook, confirming the accusations against the Democratic Party and Enrico Letta that he wanted to force his hand on the bill despite not having numbers in the Senate. A thesis already denied by Letta himself who recalled how, before Italia Viva began to spread alarms on the numbers, these were in the Senate, precisely by virtue of the fact that Renzi’s party had said it was willing to vote on the bill as he had already done in the Chamber. But the alarms, it is the version of the Democratic Party, have done nothing but prepare the ground. The secret ballot then completed the work.

And today the undersecretary of the Interior, Ivan Scalfarotto returns to attack: “A shameful gamble, a vote faced without a strategy”, says Scafarotto: “We had asked the Democratic Party for a week to avoid going to the wall, we instead we were stuck and we went to a battle without a parachute, the result either of a total inability to read the political situation and the classroom or of the search for a principled position without any interest in the law “.