At the G20, Queen Maxima tries to revive the fortunes of the Dutch crown 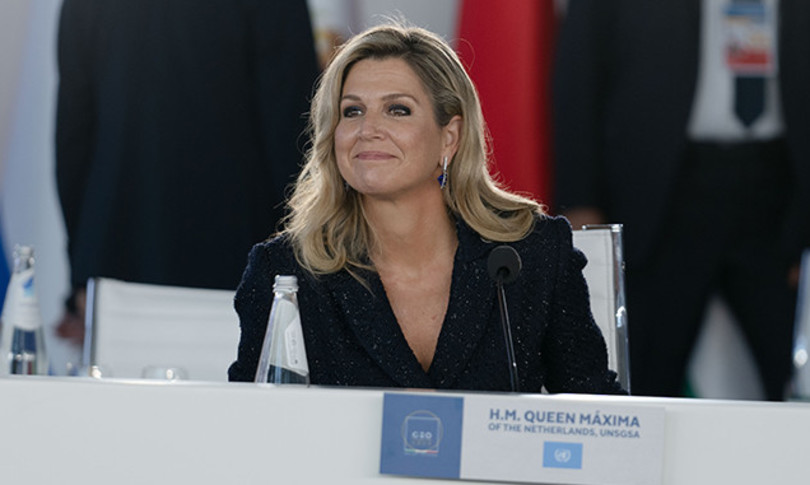 For Maxima Zorreguieta, Queen of the Netherlands, the Roman G20 was not just an opportunity to remind world leaders of the importance of inclusive finance. He did so this afternoon, at the Cloud of Eur, in his capacity as special advocate for the Secretary General of the United Nations.

The Queen’s G20 was also an opportunity to restore prestige to the Dutch monarchy, after a year punctuated by gaffes and popular resentment. Trust in King William Alexander plummeted from 76% to 47% in polls, and consensus for Queen Maxima, who has always been the most valued member of the family, dropped dramatically from 83% to 61%.

Two inopportune trips to the delightful Greek residence of Doroufi, in the midst of the restrictions imposed at home by the pandemic, aroused the ire of the Dutch who felt offended as citizens by the masked kings.

A subsequent adjustment of the royal prerogatives offended the Dutch as taxpayers, contemplating a 5% increase against the stunted 1% of general wages. Prime Minister Mark Rutte’s embarrassment before Parliament was increased by the announcement that the eldest of the three daughters of Guglielmo Alessandro and Maxima, Princess Amalia, will receive an income of 300,000 on her eighteenth birthday – on 7 December next. EUR. Added to the emoluments of her staff they would amount to 1.6 million despite the parents having specified the priority of Amalia’s studies over public commitments.

The most expensive student in Holland, of course, or in the world, is likely. To Queen Maxima the task of reviving the approval of the family: the G20 catwalk has put in the spotlight, the Dutch and the world, his constant commitment to small businesses. As for microcredit, women, gay rights. A commitment that has sometimes caused annoyance but which no one can deny fundamental authenticity.

Sovereign since 2013, after the abdication of Queen Beatrix, Maxima is used to sailing in troubled waters. At least since she left her Argentine homeland for Holland, she was an exponent of a jeunesse dore’e who had studied to project herself into the world of investment banking and finance, the daughter of a controversial personality of the dark years, her father Jorge being State Minister of Agriculture in the murderous regime of General Videla, an era of disappearances and the ‘dirty war’.

Her engagement, and subsequent nuptials to the Prince of Orange in 2002, sparked rumors and public inquiries in the Netherlands. The marriage was accepted but Maxima’s father was not invited (and his mother, without him, did not leave Buenos Aires). She reacted with an Argentine slap, by having ‘Adios Nonino’, the piece that Astor Piazzolla had composed for his father, performed in the church (and moved by it).

The weight of the surname Zorreguieta, which had been a great advantage in the formative years of the young upper bourgeois, then turned into the redemption spring of the future queen: ambition and personality, in a country accustomed to the feminine declination of the monarchical idea, have promoted a a public position prevailing over that of this Argentine king who was able to learn Dutch in a very short time without forgetting the tango.

His are the talents on which the royal family is aiming to regain altitude. First with an authorized autobiography, then with a TV series, then with catwalks like this one of the G20: Queen Maxima is in charge of the “ransom”, as the newspaper La Nacion recently defined it. She can count among the sympathies that of the only living Argentine more illustrious than her and Lionel Messi: Pope Bergoglio, who listened when he, a renowned Jesuit bishop, celebrated mass at the Universidad Catolica Argentina, where the chic girl from the Recoleta district graduated in Economics in 1995.