Nuclear agreement: Will the powers return? “Enough for Biden to issue an order” 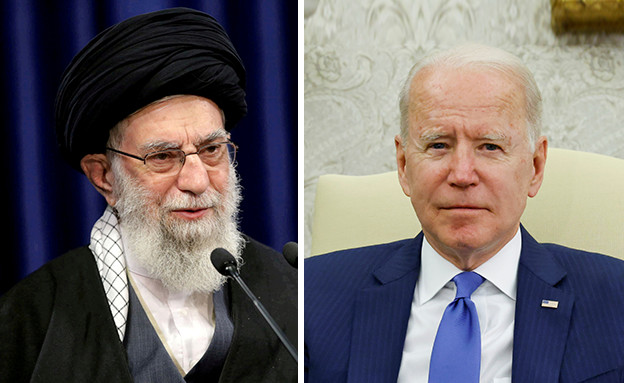 “It is enough for Biden to issue an administrative order tomorrow – and the United States “returns to the nuclear agreement”: This is what Iranian Foreign Minister Hussein Amir-Abdullahian said today (Sunday) when asked about the chances of reviving the agreement from which the United States withdrew in 2018. US Secretary of State Anthony Blinken is also required to address the issue, and in an interview with CNN said talks with allies Washington in an attempt to persuade Iran to return to the agreement.

The foreign ministers’ remarks come after Iranian media reported last week that Tehran was ready to return to talks on a nuclear deal with the European powers that signed it – France, Britain and Germany. Iran has reportedly invited representatives of the three countries to come to Tehran or meet in one of the capital cities, but has so far not responded.

Today, Abdullahian addressed the possibility of Iran and the United States reaching an agreement, and passed the ball to Washington, D.C. His predecessor left. ”

Shortly afterwards, Linken addressed the possibility that the nuclear deal would be renewed. “We are in exactly the same mindset with our European allies with the intention of bringing Iran back to the agreement,” he said in an interview with CNN, but also expressed reservations about Iran’s willingness to do so: “The question is how serious Tehran is. “I strongly believe that returning to the agreement is the best move.”

What about the possibility that Iran will not agree to return to the nuclear deal and re-accept the commitments derived from it? “If you do not do that, we are exploring together all the other options to deal with this problem.”

According to the head of Iran’s negotiating team, the nuclear talks between it and the powers are expected to resume in the coming days after they were temporarily suspended about four months ago. Last week, the leaders of the United States, Germany, France and Britain urged Iran to return to the nuclear deal to “prevent a dangerous escalation.”