Czech Republic: A cable car driver was killed after his car fell on its way down fast 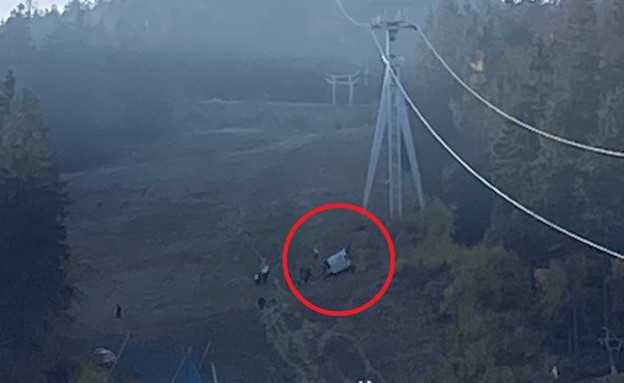 Disaster in the Czech Republic: A man was killed in a cable car accident in the north of the country today (Sunday) after the car in which he was staying disengaged from the cable on his way down Mount Gashtad. The tragedy occurred near the town of Liberec, where a group of more than a dozen tourists made their way from the summit at an altitude of 1,000 meters.

Michael Georgiv, a spokesman for the company that operates the cable car, commented on the tragic incident in a press release and said: “One caravan fell on its way down. There was only one person inside who, unfortunately, was fatally injured and found dead.”

Video from the place of the fall of the cable car on Ještěd.
Injured people are on the scene.
They affect all components of the IRS.
No further information is available yet. pic.twitter.com/EtAnd8gkUQ

Georgiv added that the second caravan, which contained a group of 15 tourists, remained in place and all were evacuated by local fire services. “There should be no further injuries,” the spokesman added. “They may have suffered trauma from the incident.”

The cable car in Gesht is recognized as one of the most popular tourist attractions in the area, with more than 211,000 visitors last year alone. The facilities are owned by the Czech National Railway Company.

It is currently unclear what caused the accident and police are continuing to investigate the circumstances of the incident. Nevertheless, it has been announced since the cable car was due to close tomorrow for infrastructure works. The disaster happens a few months after the deadly cable car disaster in Italy, in which 14 tourists lost their lives – 5 of them Israelis, members of the Biran family. The only survivor of the incident was the boy Eitan Biran.