Draghi to Glasgow for a very difficult COP26 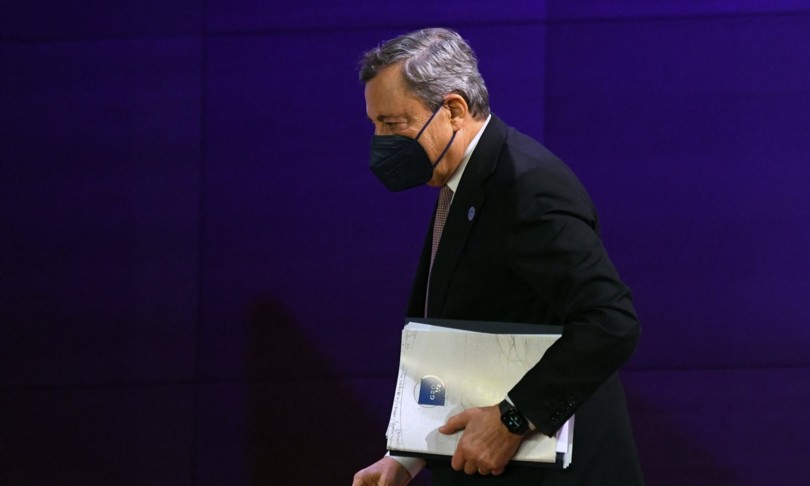 “If Glasgow fails, everything fails”. So Boris Johnson is back in Great Britain after a G20 which, at least on the climate front, leaves some perplexity. As for the G20 in Rome, Glasgow will also see the absence of the great “accused”, the largest polluter on the planet, that is Xi Jinping’s China which, with almost 30% of global emissions, clearly leads this ranking.

“We have made progress at the G20, but it is not enough”, warned the host Johnson who hopes with the climate summit to relaunch his government and his image, recently severely dented by a surge in new infections that is shaking the Country.

Going around the city, you understand why, given that the British have put the masks in their pockets and put aside the preventive measures and live and behave as if Covid were a distant memory.

This morning Joonson will welcome Prime Minister Mario Draghi arriving at the SEC (Scottish Event Campus) around 11 (12 Italian time) then will have a series of meetings including a bilateral meeting with Israeli Prime Minister Naftali Bennet, and with Lebanese Prime Minister Najib Mikati. At the end of the day (perhaps) a press conference to take stock of the situation.

Meanwhile, even if the general discussion on climate in the context of the G20 has left some doubts, Italy is doing its part and is not holding back. “We continue our commitment to fight climate change. The G20 countries have committed to maintaining the 1.5 degree target with a series of immediate actions. We have decided to leave coal behind and to eliminate funding by 2021. All G20 countries will commit to zero emissions by the middle of the century “, said the Italian prime minister.

“I am pleased to announce that Italy will triple its financial commitment to 1.4 billion dollars a year for the next 5 years”, underlined Draghi at the conclusion of the G20. As the G20 “we have come much closer to the goal of reaching funding of 100 billion dollars to support the most vulnerable countries”. “And as President Macron said, we can use the funding to bridge any gap.”

The text of the final draft of the G20 on climate speaks of zero emissions “around the middle of the century”, without indicating 2050. China was asking for 2060, it will not be satisfied. The fact remains, however, that Beijing will follow its path with the peak of emissions by 2030 and the cancellation of the same only 30 years later.

Too late for many scientists and conservationists. On coal, the final text provides for the end of state funding for power plants starting from 2021. In short, the one that began yesterday in Scotland will be a summit with many pitfalls. In Glasgow yesterday there was no dreaded strike by garbage collectors, threatened days ago to paralyze the summit.

Indeed the trucks that clean the streets with the rotating brushes were more active than ever and the streets sparkled as usual also thanks to the light rain typical of these parts. Nor was there a shadow of the protest of Greta Thumberg’s followers, who had arrived in the Scottish city for a few days (“despite not having been invited”, she complained), rather flocks of girls and boys in masks for Halloween crowding pubs and clubs.