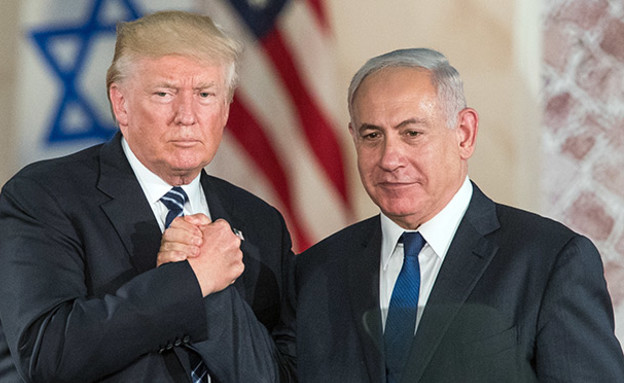 Former President in Exciting Statement: Former US President Donald Trump has said that until recently “Israel controlled the US Congress” – this was stated in a radio interview given to journalist Ari Hoffman.

According to Trump, speaking in an interview about his administration’s policies regarding the Middle East and Israel, “the biggest change in Congress is that Israel controlled it. 10 years, 15 years ago, and it was so powerful. Today (when Democrats and Biden are in power) it is almost the opposite.”

Trump attributed the sharp change that has taken place in relation to Israel in Congress to the two members of the Democratic Party who are more than once harshly critical of Israel – Alexandria Oxio-Cortez and Ilan Omar. “These people hate Israel, they hate it passionately and they control Congress today – and Israel is no longer a significant force in it. It’s amazing, I’ve never seen such a sharp change – and in such a short time.”

The claim that Israel controls the Congress has been considered for years in the United States as an antisemitic claim that has often been denounced by organizations fighting anti-Semitism in America. Congresswoman Omar has even gotten involved in a similar statement in the past, claiming that the pro-Israel lobby is gaining widespread sympathy in Congress – and was forced to apologize for her remarks.

Trump has made it clear that he finds no problem in saying that Israel controls Congress: “Israel had such power – and rightly so, and now it no longer has it.”

The former president expressed confidence in an interview that he would have been elected prime minister of Israel if he had run: “I was told that if I had run for prime minister in Israel I would have been easily elected. They love me there.” Trump expressed his disappointment that most Jews in the United States did not support him in the presidential election a year ago – in contrast to the popularity he enjoys in the country.