The political risk leading to the Quirinale 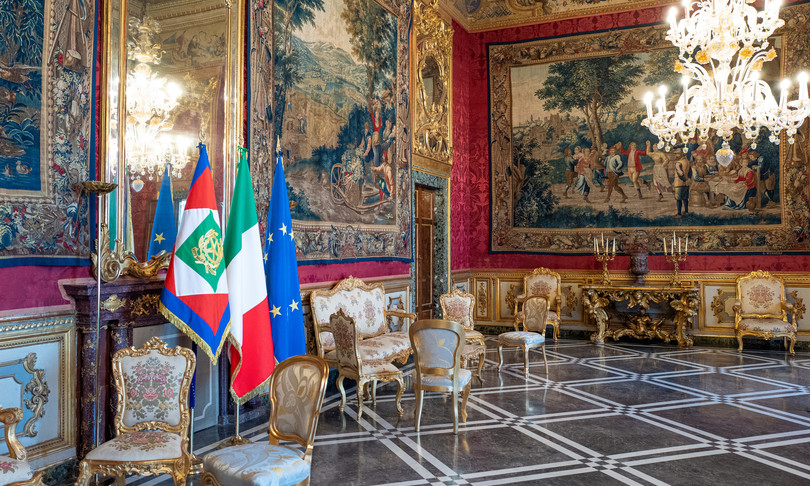 The ‘race’ to the Colle remains at the center of the political debate. While there are three months left until the next election President of the Republic, and any debate on presumed candidates is perhaps still premature, party leaders are beginning to ‘position themselves’.

The central issue remains a possible election of Mario Draghi al Colle and the hypothesis of a consequent political vote in advance of 2023 or the formation of a new executive – it would be the fourth of the legislature – with a different premier, potentially supported or not, for a year, by the same large majority.

“If they ask me if Draghi would be a good President of the Republic, I reply that I would vote for him tomorrow morning. But on the Quirinale the scenarios change every moment. Draghi is certainly an asset for the country, but I don’t know if he wants to go there”, he takes time Matteo Salvini, in a preview of the book by Bruno Vespa. “Even if he went there, I don’t think there would be early elections,” adds the League secretary.

In the party of via Bellerio it is explained that Salvini’s line has not changed. The ‘plan A’ for the Northern League is to elect a center-right president of the Republic and, in this case, the natural candidate would be Silvio Berlusconi.

But first you need to understand what the current prime minister wants to do. In any case, unlike his ally Giorgia Meloni, Salvini does not see in this Parliament the possibility of an early political vote.

“I do not participate in the totonomi for the Quirinale. By doing so we are burning the best names”, he says, for his part, Luigi Di Maio.

“Many political forces speak of Quirinale because they want early political elections in four months. And this is not good for the country – warns the pentastellato minister – We are still in full vaccination campaign, the fight against the coronavirus is not over, the PNRR with all the reforms we are launching have to be implemented “, he clarifies. Di Maio then accuses the center-right of having used the ddl Zan to pave the way for future ‘axis’ with Italy alive. “Here there are people who used the Zan bill to count on the Quirinale”, he says.

It was yesterday Giuseppe Conte to exclude the hypothesis of an early political vote. “If Draghi’s prospect at the Quirinale were to be realized, we must not think that it is automatic that we go to elections”, said the president of the 5-star Movement. “Even thinking about electing a president and a moment later going to vote is not in the order of things”.

On with the Draghi government: this, the main line that the secretary of the Democratic Party, Enrico Letta, he indicated in recent days during the leadership of the party.

“Coherence and linearity is the only way out of this complicated situation. Those who did not keep this linearity, expressing the feeling that they did not have a deep connection with the choices to be made, paid the price also towards the country. So forward with the Draghi government. on this path, “Letta said.

“The worst thing that can happen is that now, after the elections, politics starts talking exclusively about the Quirinale and the electoral law. We will not be that politics. We will talk about Quirinale after the budget law is approved. My analysis is that until the Quirinale the center-right will not move anywhere, Berlusconi he chose to be fooled by Salvini and Meloni and to shut himself up in this great fiction between them, which will block everything “.

In the center-right area, there is no shortage of ‘distinctions’. Mario Draghi “would certainly be an excellent President of the Republic”, he clarified in recent days Berlusconi. “I wonder if his current role, continuing over time, would no longer bring benefits to our country, the Cavaliere stressed. And to those who asked him how he would see himself in the role of head of state, the former prime minister replied by speaking of himself in the third person: “I see Berlusconi in good shape, after a bit of ailments due to Covid. For the moment he has no ideas about it. ”

With regard to Brothers of Italy, immediately after the result of the Administrative, Meloni has launched a challenge to the Democratic Party: let’s elect Draghi at the Quirinale and go to vote in 2022. FdI, first in the polls, seems to be the only party anxious to go to early elections.

While, among the center-right centrists, the dream of a ‘Draghi bis’ at Palazzo Chigi, even after 2023. “If Draghi has to stay at Palazzo Chigi, he doesn’t have to stay there just one more year because it’s useless: he has to stay in the next legislature as well”, is the position of the Ligurian president Giovanni Toti. Although, he warned immediately after, “it is clear that, between the option of seeing Draghi substantially disappear from the scene in the spring of 2023 or seeing him at the Quirinale for the next seven years, the latter would be better. If it is the only option, then viva Draghi al Quirinale, if there is another one, then the parties must take charge of building it ”.

In the end, Italy alive. “Quirinale? Certainly I am not going to say it months before, in February we will discuss it. At the Quirinale whoever enters Pope leaves cardinal as in the conclave”, he said. Matteo Renzi in recent months, while the backstory on a possible axis between him and Salvini in support of candidates such as Pierferdinado Casini or Marcello Pera. Certainly, Iv denied that he would vote for Berlusconi al Colle.