China increases coal production by one million tons per day 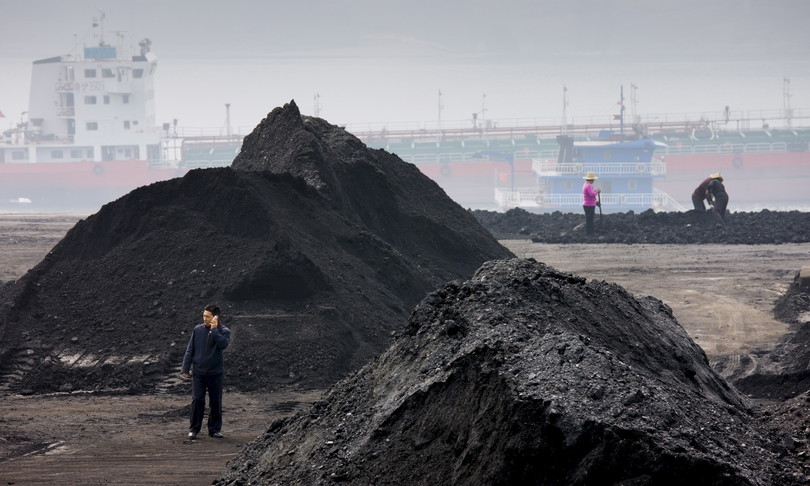 As world leaders gather in Glasgow for climate talks, which have been defined by many as one of the last possibilities to avoid the catastrophe of global warming, China announces that it has increased daily coal production of over a million tons, alleviating its energy shortage.

The world’s largest coal importer has struggled in recent months with widespread power outages that have disrupted supply chains, due to strict emissions targets and record prices for fossil fuel. But the crisis is now winding down thanks to an increase in domestic coal production, according to a statement by the National Development and Reform Commission, which said that the average daily production of coal rose to over 11.5 million tons since mid-October, with an increase of 1.1 million tons compared to the end of September.

In recent months, several Chinese factories have been forced to shut down operations due to power outages, raising concern for global supply chains.

World leaders gathered at COP26 will engage on Tuesday a stop deforestation by 2030 thanks to 16.5 billion euros of public and private funding. This was announced by the British government, which is hosting the summit. According to environmentalists it is not a sufficient measure. The joint declaration will be adopted by over 100 countries that have 85% of the world’s forests, including Brazil and Congo. For British Prime Minister Boris Johnson, the fundamental initiative to limit climate warming to +1.5 degrees.

Among the nations adhering to the agreement also Canada, Russia, Colombia and Indonesia, all with important tracts of forest. The United States and China will also be part of the agreement, the first real concrete result of COP26 in Glasgow, at the end of a first interlocutory day. The joint document will be announced today, during a session dedicated to forests: 12 billion dollars of public investments and 7 billion of private investments are planned.

Also the CEOs of several financial institutions, including Aviva, Schroders and Axa, are pledging to end investments in activities that lead to deforestation. “Today, at COP26, leaders signed a historic agreement to protect and restore the earth’s forests,” British Prime Minister Boris Johnson said. “These great teeming ecosystems – these cathedrals of nature – are the lungs of our planet. Forests support communities, livelihoods and food supplies and absorb the carbon dioxide we put into the atmosphere. They are essential to ours. same survival “. “With today’s unprecedented commitments, we will have the opportunity to end humanity’s long history as a conqueror of nature and instead become its keeper.”

Rainforest Foundation Norway welcomed the agreement but said that Funding should only be given to countries that will show concrete results. “This is the largest funding ever pledged to save forests, and it comes at a pivotal time for the world’s rainforests. The new commitments have the potential to accelerate needed action by both governments and companies. this funding will stimulate the necessary policy changes, ”said Rainforest Foundation Norway Secretary General Toerris Jaeger in a statement.

A 2.6 billion euro fund, financed by financial institutions and agri-food companies, to invest in soybean cultivation programs that avoid deforestation in South America, is one of the initiatives that will be presented at COP26. The eight promoters of the initiative – called Innovative Financing for the Amazon, Cerrado and Chaco (IFACC, in its acronym in English) – are the first signatories of a project whose goal is reach $ 10 billion (€ 8.6 billion).

The committed funds “will accelerate the flow of capital to farmers, so that they move towards more sustainable business models,” the project promoters said in a joint statement. “The commitment of new funds to support the recognition of the rights of indigenous and local communities on land has long been one of our requests, so we must applaud it,” said the deputy coordinator of the Coordinator of Indigenous Organizations in the Amazon Basin ( COICA) Tuntiak Katan. & Green Fund president, Nanno Kleiterp, indicated that his goal is to “prove that producing inclusive and sustainable goods that avoid deforestation can be commercially viable“.