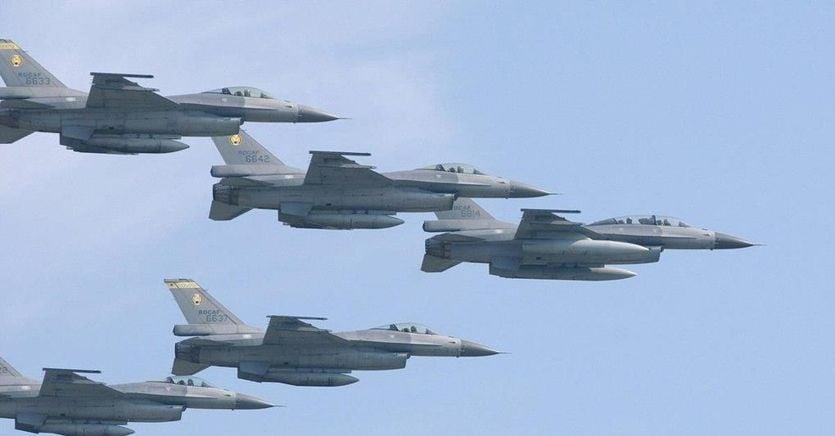 The hard line of the G7 and NATO on China and the simultaneous support of the Atlantic Alliance for Taiwan, the “rebel province” that Beijing would like to bring back to the fold, aggravate the tensions on the Strait. Taipei has deployed anti-aircraft after the trespass denounced by the Defense Minister last Tuesday, when as many as 26 Chinese warplanes entered the Air Defense Identification Zone (ADIZ) of Taiwan, the worst incursion recorded since last April.

Beijing’s reaction to the moves of the G7 and NATO

G7 and NATO had just underlined “the importance of peace and stability across the Taiwan Strait” by encouraging “the peaceful resolution of issues across the Strait” referring, for the first time, to the Taiwan issue, which Beijing on June 15 reacted strongly.

Taiwan is a crucial hub in the global political chessboard, and it is not the first time that it has aroused equal and opposite reactions between the two US-China blocs.

But the latest raid, with a combined sea-land effect – not only J-16 and J-11 fighters but also naval patrols with nuclear warheads – was the heaviest on the island’s airspace. In the South China Seas, meanwhile, the USS Ronald Reagan aircraft carrier is operational, a presence that could complicate matters in a high-risk area.

The strategic importance of Taiwan

Both Beijing and Washington have so far declared in words that they want to avoid any future conflict over Taiwan, but in the meantime a strategic duel is taking place on the island that mainly affects technological and industrial capacity.