Sanctions are holding back the fight against climate change, Venezuela accuses 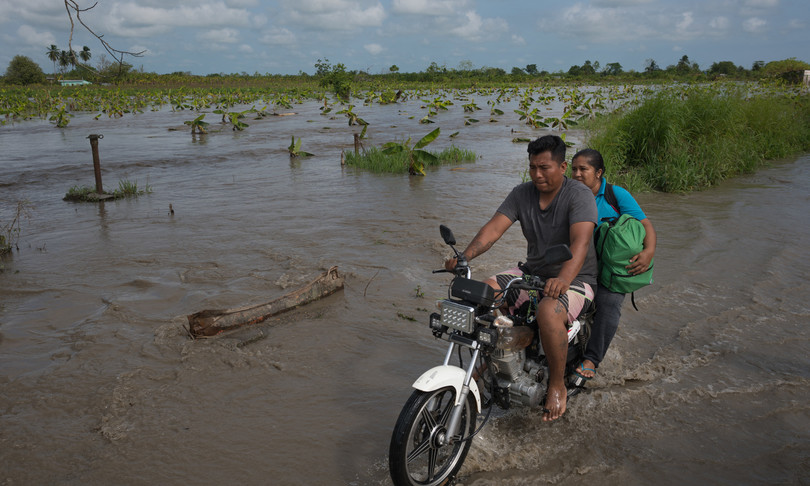 The sanctions imposed on Venezuela they are holding back the efforts of the South American country in the fight against global warming. This is what the Caracas Chargé d’Affaires underlined in an interview with the Agi, Maria Elena Uzzo Giannattasio, who also pointed out that in the organization of the Conference on Climate Change in Glasgow a “selective diplomacy” was implemented to the detriment of developing countries.

The diplomat then recalled that the dialogue between the Venezuelan government and the opposition must continue on the basis of the memorandum signed by the parties on 13 August. On 17 September, the chief negotiator from Caracas at the open dialogue table in Mexico, Jorge Rodriguez, accused the opposition and its “foreign patrons” of “sabotaging” and “evading” the commitments made with the memorandum.

What are the proposals that Venezuela brought to the Cop26 in Glasgow?

“Venezuela is a signatory of the United Nations Framework Convention on Climate Change (UNFCCC), the Kyoto Protocol and the Paris Agreement, so it is an active part of the conference. In 2015, starting from the perspective of being a country with low emissions of greenhouse gases (0.48% of global emissions), the government had committed to reducing emissions by at least 20% compared to usual levels by 2030 with the implementation of a National Mitigation Plan and a National Adaptation Plan .

Despite all the difficulties it faces due to Multilateral Coercive Measures imposed by the United States since 2016, in addition to the national plans, the Venezuelan government is making numerous efforts to create compensatory forests, the construction of two high-capacity wind farms (Paraguaná and La Guajira), biological input laboratories for the agriculture, forest conservation, forest fire control, landfill sanitation and information campaigns aimed at the population,

Last August, during the II Reencounter with Mother Earth, the Ministers of the Environment of ALBA-TCP decided to encourage a debate between experts to devise a joint proposal that is submitted to the approval of the member states on the impact of coercive measures unilateral in the implementation of the Paris Agreement and the pursuit of Sustainable Development, in the face of the maximum event of climate action.

Minister Lorca argued that the Group still has a strategic role in the framework of the Conference, noting that the participation gap was completely unfavorable for developing countries and that a “selective” diplomacy for consultations on issues of fundamental importance for our countries.

Likewise, Lorca highlighted as another threat the false morality and discursive inconsistency on climate change in countries that have been part, directly or indirectly, of the illegal and discretionary application of Unilateral Coercive Measures (MCU), illegal measures. which clearly affect the implementation of the Paris Agreement and places us in a position of vulnerability to the climate crisis.

Venezuela is one of the Most diverse countries on the planet. Despite being an exporting country of Petroleum, energy is produced by water and owns the fourth largest hydroelectric plant in the world.

Venezuela believes in sustainable development and has the resources to live and develop other sources of green energy. At this time, the government has requested the support of the National Assembly (AN) for the creation of high impact laws for eco socialism, especially those related to climate change. Indeed, the Constitution of the Bolivarian Republic of Venezuela, in its article 127, confers on the State the powers to protect the environment and address environmental issues, in particular climate change.

Recently, ALBA, the Bolivarian Alliance for the Peoples of Our America, addressed the creation of the Youth and Climate Change group of member countries and an exchange between academics and experts from the countries of the region on the impact of unilateral coercive measures on the implementation of ” Paris Agreement and the right to sustainable development, essential elements for compliance with the United Nations Framework Convention on Climate Change (UNFCCC) and in view of Cop26“.

Is there any prospect of resuming dialogue with the opposition soon?

“The next regional and municipal elections to be held in Venezuela on November 21 are the result of the participation of the various oppositions that make up the country’s political landscape in the National Dialogue Table set up in August between the representatives of the President’s government Nicolas Maduro and the Unitary Platform of Venezuela, which includes, in fact, several opposition parties.

The event received support from all 33 member countries of CELAC (Community of States of Latin America and the Caribbean) and valuable support through the intermediation of the Kingdom of Norway and the accompaniment of the Russian Federation and the Kingdom of the Netherlands. The Table consisted of a series of meetings held in Mexico City

As a result of this ongoing process, a Memorandum d’Intesa which has set itself the goal of reaching an agreement between the parties through a strong, integral, progressive and peaceful negotiation, aimed at establishing clear rules of political and social coexistence, in full compliance with the Constitution of Venezuela.

The Memorandum provides for a specific agenda, based on 7 priority points shared by the parties, including: Political Rights for All, Electoral guarantees for all. Electoral timetable for observable elections, Revocation of sanctions and restoration of rights on state assets, Respect for the Constitutional State of Law, Political and Social Coexistence, Protection of the national economy, social security measures for the Venezuelan people and Guarantees of implementation, monitoring and verification of what has been agreed.

The Venezuelan government believes in dialogue as the only way to settle the differences and will do everything possible to ensure that this roadmap, drawn up by the Government and the Oppositions through the Memorandum, continues to be a shared strategy of dialogue between the parties.

What measures is the government taking to combat organized crime?

“The Quadrants of Peace Mission was created in Venezuela in 2018 in order to prevent, monitor and combat, in a systematic way and through structured and specific policies, phenomena related to corruption, organized crime, drug trafficking and terrorism, with the aim of reducing their effects on social peace and the development of the nation and promoting the care of the different levels of projection of these criminal forms.

Similarly, the Government has implemented some regulatory instruments in support of the fight against organized crime, such as the National Plan against corruption, while the Ministry of the Interior is committed to the creation of a National Observatory against corruption, organized crime and terrorism, with the aim of monitoring both the effectiveness of the numerous strategies implemented and the implementation of the National Anti-drug Plan and the National Plan against criminal gangs and against terrorism, trafficking in human beings and smuggling of migrants “.