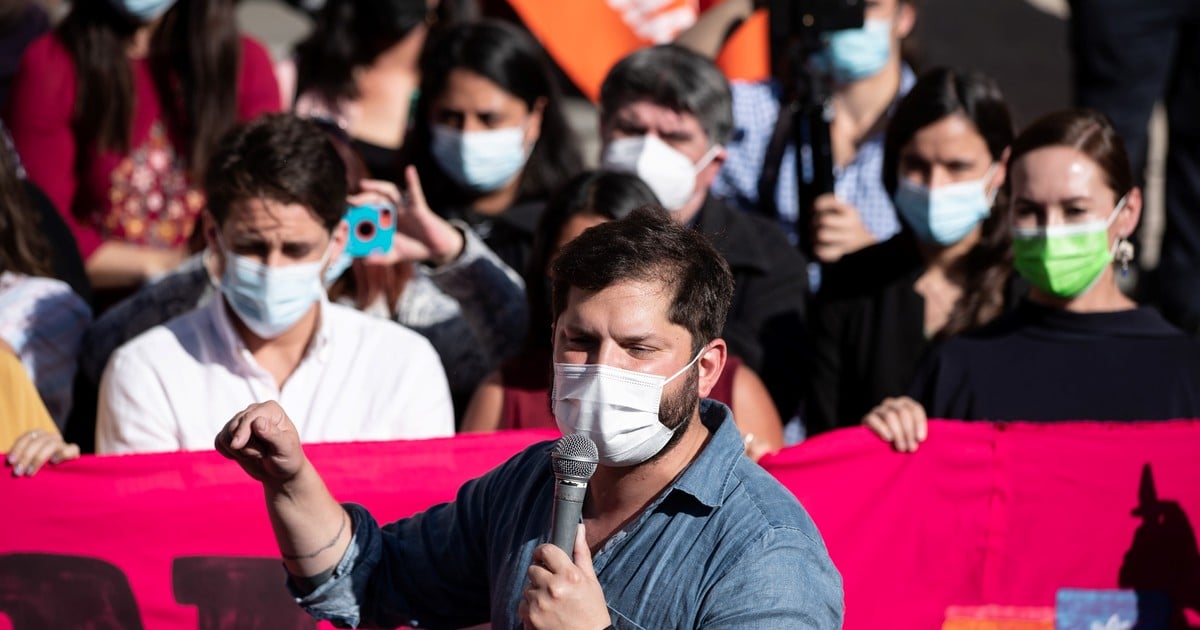 The young leftist candidate Gabriel Boric regained favoritism of the Chilean electorate ahead of the presidential elections on November 21 with 32% to the detriment of the far-right José Antonio Kast, according to the Data Influye survey published this Wednesday.

Almost a third of those surveyed chose the candidate of the conglomerate Approve Dignity – made up of the Broad Front and the Communist Party – and took first place from Kast (27%) -of the Republican Party-, who appeared as the first preference in the Citizen Pulse poll published last Sunday.

Boric, 35-year-old deputy, returned to position itself as the first option voting in this new poll showing that the elections in three weeks time are divided between him and the opposite option represented by Kast.

Kast, a 55-year-old lawyer who has demonstrated in favor of the Augusto Pinochet dictatorship (1973-1990) and is a supporter of the policies of the ultra-nationalist Brazilian president Jair Bolsonaro, has accumulated an increase in voting options for weeks.

Both would go to the second round, scheduled for December 19, if the vote coincides with the poll results.

In third place appeared the candidate and Christian Democratic senator Yasna Provoste with 13%, and in the fourth the liberal candidate Sebastián Sichel (9%), an independent candidate of the ruling center-right.

The fifth position of the candidate of the Party for the People, Franco Parisi, stands out, with 8%, despite being in the United States, only campaigning online and not having returned to Chile yet.

Regarding the intention to vote, the Data Influye survey showed that a 86% of those polled will vote “with all certainty”, despite the fact that Chile stands out for not exceeding 50% participation since voluntary voting was established in 2012.

Seven candidates for the Presidency will participate in the elections to replace the current president, the conservative Sebastián Piñera. The elections summon 15 million Chileans. The Congress and the 16 regional councils will also be renewed.

Five of the seven candidates announced on Wednesday the suspension of their campaign actions after Boric announced that he is waiting for a PCR after presenting a fever and cough.

The ruling party Sebastián Sichel, the Christian Democrat and representative of the center-left Yasna Provoste, the far-right José Antonio Kast and the progressive Marco Henríquez Ominami they canceled their schedules until the presumed contagion of Boric is confirmed or not.

The candidate of the leftist bloc I Approve Dignity (made up of the Broad Front and the Communist Party) underwent a PCR swab this Wednesday, the result of which will be available “throughout the day”, they indicated from their command.

On Monday and Tuesday, before participating in two debates with the other candidates, antigen tests were performed that were negative, added his campaign team.

“Since this afternoon I have had a fever that has not decreased. Therefore, following the sanitary recommendations, I already started isolation waiting for the PCR test, while I communicated to TVN (local channel) the impossibility of attending today’s program. I will report the results as soon as they are available, “Boric said Tuesday night in a statement.

The possible contagion of the former student leader, who the polls place in first or second place after Kast, occurs at a time when Chile live a slight rebound in the pandemic, after months very controlled.

In the event that none of the candidates achieves more than half the votes in the November 21 elections – something that is almost taken for granted – a second round will be held on December 19.

The person who arrives at La Moneda (seat of Government) will have to redirect a country that experienced serious protests and implement the norms of the new Constitution, that began to be drafted last July and that must be endorsed in an exit plebiscite, predictably in 2022.