The Democratic Party stops Giorgetti. The “no ballot” party grows 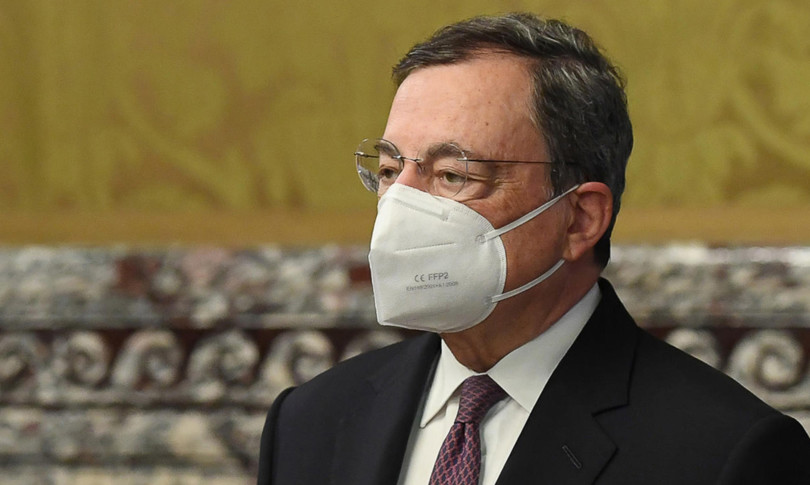 First the budget law is approved and the projects of the National Recovery and Resilience Plan are “grounded”, then Quirinale is discussed. Enrico Letta repeats his mantra every time he is asked the question about Sergio Mattarella’s successor. The political forces, however, are in a frenetic movement, also due to a certain instability within the parties.

The cases of the 5 Star Movement and the League are emblematic, with the first struggling with a long and complicated internal ‘setting’ work – the election of the new group leader in the Senate is awaited, among other things – and the second offering the double standard on European positioning, with Giancarlo Giorgetti who pushes towards the Popular Party and Matteo Salvini who looks to the Hungarian and Polish nationalists

In this scenario, the only element of certainty – at least to look at the statements of the leaders – is the consensus around Mario Draghi. At least in his role as premier. Because the idea of ​​Minister Giorgetti to elect Draghi as President of the Republic leaving him the reins of Palazzo Chigi causes an outcry in defense of the constitutional charter. Which does not provide for a President of the Republic acting as premier.

Pier Luigi Bersani’s comment is caustic: “Make the President of the Republic out of wood, since nobody gives a damn about the Constitution. I wish Giancarlo Giorgetti well, who now has the problem of reshaping the League. To those who have sworn on the Constitution I say: read it“. The judgment from the Nazarene is clear, where it is emphasized that” the debate on semi-presidentialism is surreal, it does not stand up “.

The suspicion of many in the center-left is that, behind Giorgetti’s move, there is the will to go to the vote, so as to secure the consent that the center-right still enjoys. it is still Bersani who says that “if one wants to bring down a government, there is mistrust in Parliament. You do not send someone to the Quirinale to go and vote. I think there is someone who wants to go and vote in order to slip away”. The early elections seem to be the real crux of the idea of ​​an ‘upgrade’ that will bring Draghi to the Quirinale.

Giuseppe Conte also dwells on the need to avoid voting, who, however, opens the hypothesis to Draghi at the Quirinale: “There are no foreclosures. after we go to the elections “. Matteo Salvini feels he can reassure the ‘no vote’ party: “Even if Draghi agreed to go to the Quirinale, I don’t think there would be early elections“. That of the polls is a very present specter in a parliament that will see its elected representatives halved in the next legislature.

The fear is that the election of Draghi to the Quirinale sets in motion unpredictable mechanisms capable of precipitating the country in the elections. For this reason, before even thinking about the hypothesis, it is necessary to reassure deputies and senators. Beyond this, explains a parliamentary source of the Democratic Party, it is necessary to think about how useful a debate of this kind on his possible election is to Draghi: “Doing so does not do the prime minister a great favor: there are three months left until the election. of the Head of State and there is a risk of burning him “.

The same source indicates in the Minister of Economy, Daniele Franco, the possible replacement of Draghi at Palazzo Chigi if the path of a new technical-political government were chosen. Another reading that is given to Giorgetti’s words is that we really want to cover another name or a list of names. For example, Pier Ferdinando Casini’s profile is defined in the corridors of Montecitorio as a profile that would not mind the right and would also be supported by Italia Viva, by virtue of the excellent relations between Matteo Renzi and ‘Pier’, as everyone calls the former Speaker of the House, now a Senator.

Renzi himself points out that other presidents of the Republic made presidents of one of the branches of parliament before the election to the Quirinale. The leader of Italia Viva, however, still keeps his cards face down, explains that good names generally come out at the last moment and, while considering Draghi an excellent option, Renzi asks that it not be “pulled by the jacket”.

Because, “Draghi would do well the President of the Republic as well as the Prime Minister or as he would do at the top of the European institutions”, he adds. A caution, that of the leader of Italia Viva shared by the Renzian ranks in the Senate, another sign that Draghi’s ‘leap’ worries the parliamentarians of the various camps for the risk of slipping towards the vote.

The Democratic Party is not afraid of the polls

Those who do not seem to fear the vote are the leaders of the Democratic Party. A Pd source reports, in fact, that Letta “would find it convenient to go to the vote, to capitalize on the consensus shown by the polls and to have parliamentary groups that, finally, reflect the majority in the statutory bodies”. Pier Luigi Bersani is also of the same idea: “I don’t think it is desirable to go and vote, but if the progressive camp made a move or two in the next few months it could go to the elections with a certain tranquility to go and play. It would take an element of novelty. “.

A cetrosinistra “in alliance with the Five Stars brought to maturity”, is Bersani’s idea “he would be competitive in five or six months, even if early elections are not desirable. Letta has its problems, there are hesitations, resistance, but in the world the famous ‘center’ is no longer there, there is nowhere “. In this scenario, work continues on the alliances to which Enrico Letta is dedicating himself with the interlocutors of the other parties.

The break with Italia Viva has nothing to do with the construction of the large center-left camp, a construction from below, which continues through the work of the dmeocratic Agora, is the line. In short, not a sum of acronyms, but something deeper that is innervated in society and includes the progressive, reformist and liberal forces.

Forces that, as an authoritative parliamentary source of the Democratic Party explains, “They cannot be confined to the narrow perimeter of the representation of Italia Viva on the national territory, with all due respect. Even those who watch and comment on this process should come out of the approximation according to which ‘ or with Renzi or nothing ‘. The scheme is that of the New Olive Tree to be built with the moderate and liberal world which certainly does not end in Italia Viva “.