Iran announced: Nuclear talks with the powers will resume on November 29 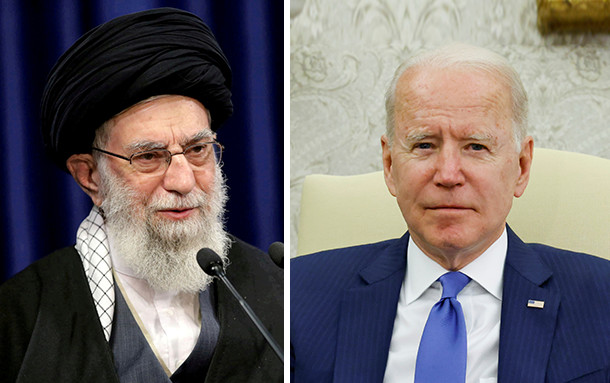 After months of hiatus – Islamic Republic announces resumption of talks starting later this month • US: “If they are serious – the few issues that remain in dispute can be resolved”

Nuclear talks will resume at the end of the month: Iran announced tonight (Wednesday) that talks with the superpowers will resume in Vienna on November 29 – with the participation of representatives from the European Union, China, France, Britain, Russia and Iran. The announcement comes after a months-long hiatus, amid tensions between Tehran and Washington over the Iranian oil tanker’s takeover of the Gulf.

Tehran nuclear chief negotiator Ali Bagri Kani said that “in a telephone conversation with Enrique Murka (EU envoy for talks) we agreed to start negotiations aimed at removing the illegal and inhumane sanctions.” In April, although Tehran and the powers began discussing a return to the nuclear deal, from which the United States withdrew in 2018, they have been frozen in June since Ibrahim Raisi took office.

The U.S. State Department welcomed the announcement, noting that Washington’s envoy for Iranian affairs, Robert Mali, would lead the talks on the conditions for the United States’ re-accession to the nuclear deal. “If they are serious – the few issues that remain in dispute can be resolved,” they stressed. “Hopefully they will come with good will and be willing to negotiate quickly. It is possible to reach an understanding of reciprocity and compliance with the agreement. ”

The Revolutionary Guards in Iran today allegedly released documentation of a thwarting attempt by the United States to seize an Iranian oil tanker in the Gulf of Oman. U.S. officials have denied the report.

On Sunday, the Iranian foreign minister said Hussein Amir-Abdullahian said that “if there is a desire in Washington to return to the deal, there is no need for any of these negotiations at all. “Tehran has said that the steps it has taken since Trump left the agreement are reversible if Washington removes the sanctions in the process.”

The U.S. Treasury Department last week announced sanctions on Iranian officials and companies linked to the Revolutionary Guards’ unmanned aerial vehicle and Quds Force – led by UAV unit commander Said Arjani. Last summer, Defense Minister Benny revealed Ganz And Foreign Minister Yair Lapid Arjani’s name And claimed that he was responsible for the attack on the ship “Mercer Street” in the Gulf of Oman about three months ago, in which two people were killed.

In addition, it was decided to impose sanctions on the company Kimia Part Sivan, which helped the IMF improve the UAV program, and on Muhammad Ibrahim Zerger Tehrani, who helped the company import the necessary components from companies outside Iran. Senior commander of the Revolutionary Guards, Abdullah Mahrabi, was also blacklisted by the United States after he provided one of the owners of the Oje Parvaz company, Mado Nafar, with UAV engines for UAVs.