In the Salvini.Giorgetti truce League. From the federal council “total trust” to the leader 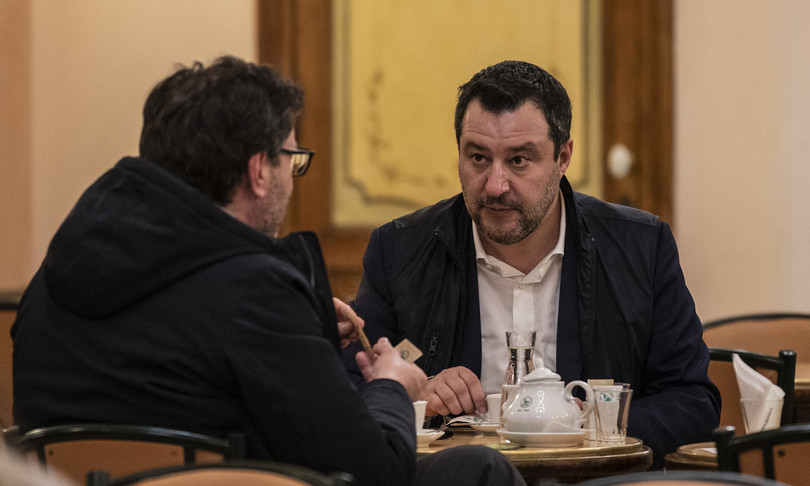 Two days after the critical phrases of Giancarlo Giorgetti contained in the previews of the book by Bruno Vespa, it goes on stage, behind closed doors, the confrontation between Matteo Salvini and his deputy. During a meeting of more than three hours of the Northern League’s federal council, Matteo Salvini makes an all-out speech for just under an hour.

The head of the League is very angry with the Minister of Economic Development. Without specific references, he is very hard in asking his people, once again, to avoid controversy. After that, Giorgetti intervenes who – it is reported – shows himself sorry for the interview and makes a sort of ‘mea culpà for the incident of the interview, reaffirming his “trust” in the secretary. However, the positions of the two remain distant with regard to the European position of the party.

Giorgetti is convinced – and he has been saying it for some time – that the League should open a dialogue with the European Popular. While Salvini, in his ‘harangue’ of 50 minutes he again closes the doors to this hypothesis. “I’m interested in talking about flat taxes or bonuses for separated parents. I’m passionate about concrete issues. Not anything else”, wands the Northern League secretary, asking to avoid internal controversies. Then on the European perspective, Salvini is tranchant.

“The EPP has never been so weak, it is unthinkable to join the People’s Party also because it is subordinate to the left. And we are alternatives to the left “, he is keen to underline. Then the appointment, anticipated yesterday, with the programmatic assembly.” On 11 and 12 December the Lega will hold a programmatic conference in Rome to sanction, update and decide the tracks on which we travel “, he explains.” The vision of the winning League, I am convinced. We do not chase the left, because otherwise we lose “.

The interventions begin immediately afterwards. Starting with Giorgetti, all those who intervene were leaked by the Northern League secretariat, expressing “total confidence in the activity, vision and strategy of Secretary Salvini”. During the discussion in which more or less all took part and lasted four and a half hours, no particular tensions were noted. Giorgetti’s apology would have focused on the sentence he said to Vespa in which he compared Salvini to a western film actor asking him to change his step from “Bud Spencer” to supporting actor in an Oscar-winning film.

At the end of the meeting, the Minister of Economic Development he limited himself to saying that the meeting ‘had gone very well and that’ there was nothing to clarify ‘ with Salvini. “A good federal council. A good discussion, the comparison is always positive,” he later wrote in a note. “Salvini listened to everyone, I also expressed my ideas. The League is one, it is the home of all of us and Salvini is its secretary. He will be able to summarize, he will take the line forward”. The Federal Council then unanimously voted – the League secretariat said – to share the political line, entrusting a full mandate to Secretary Salvini on the way to the National League.