Chile: a commission of deputies rejected the impeachment 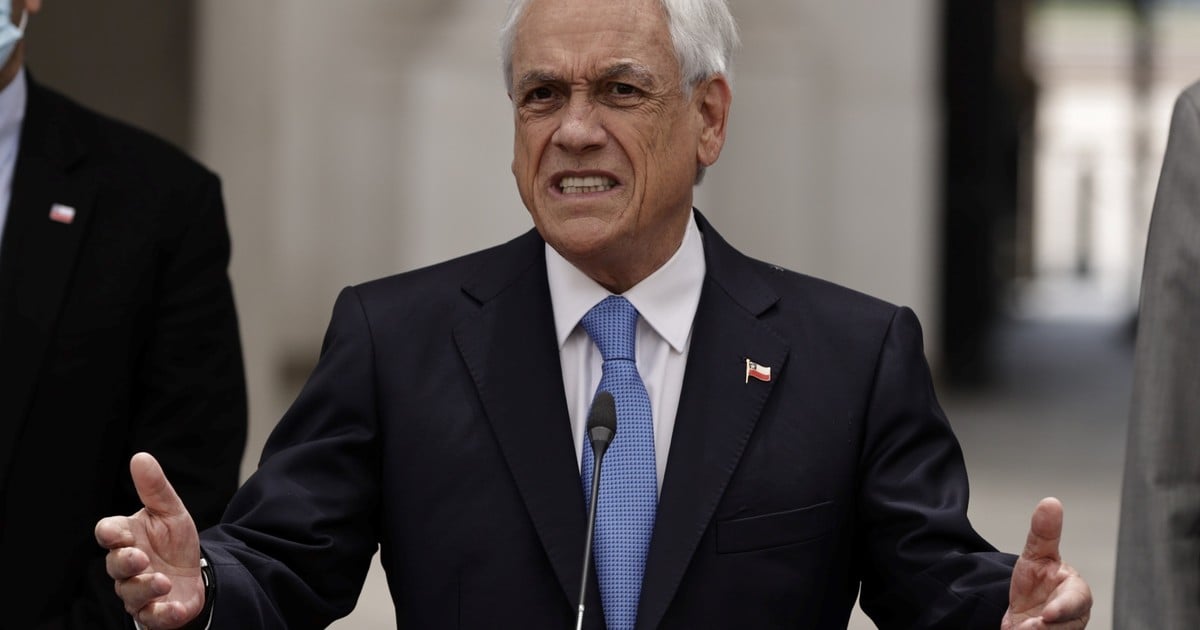 A parliamentary commission on Friday rejected the impeachment of the president of Chile, Sebastián Piñera, who had requested the center-left opposition after revelations of the Pandora Papers about the alleged sale of a family property in a tax haven.

Two deputies voted in favor of impeachment, two against and the last one, an independent from the center-left, abstained, so the request to open a constitutional accusation was not admitted.

However, the group’s decision is not binding and the request for impeachment will be voted on by the plenary session of the Chamber of Deputies in a session scheduled, so far, for next Monday.

The constitutional accusation was presented by 16 opposition deputies who accused the president of transgressing the constitution, the laws and compromising the honor of the nation.

Deputy José Auth, the independent center-left who abstained, described some of the accusations against the president as weak but considered it serious that when the contract of sale was signed in the British Virgin Islands, “the existence of a politically exposed person had not been declared ”

A protest against Sebastián Piñera, in Santiago de Chile, days ago. Photo: REUTERS

For her part, the pro-government deputy Virginia Troncoso affirmed that in the investigation “it is not possible to notice … an illegal or illicit act” of the president in the transaction.

The official deputy Paulina Núñez opposed the trial because “there are no acts of the administration of President Piñera that are likely to be framed or subsumed in some of the causes of the constitution.”

On the other hand, the socialist Maya Fernández, who voted in favor of prosecuting the president, said that Piñera’s defense did not make it clear why “the business was done abroad and not in Chile.”

Known the Pandora Papers, an international journalistic investigation that in October revealed transactions of personalities and former authorities in tax havens, among them Piñera, 16 opposition deputies asked to initiate a political trial against the president.

Meanwhile, the National Prosecutor’s Office announced a criminal investigation against Piñera on the possible commission of the crimes of bribery, bribery and tax evasion.

The Dominga mining project, in Chile’s Coquimbo region, at the center of the accusations against President Sebastián Piñera. Photo: EFE

The journalistic investigation indicates that the sale of the Dominga mining and port project was signed in the British Virgin Islands in December 2010 – nine months after the start of the first Piñera government (2010-2014) – and that the payment of the third and last The quota by the buyers was conditioned to the fact that in the area planned to install the company there were no environmental changes that could prevent its installation.

In August 2010 Piñera relocated the installation of a thermoelectric plant that had already been approved and that would be built in the same place as the Dominga project, in the La Higuera commune, 470 kilometers from Santiago, just 30 kilometers from an environment with flora and fauna. endangered species and unique to the area.

In addition, at that time the existence of the conditions for the payment of the project, acquired by a close friend of the president, was unknown.

Piñera claims that he was not informed of the sale and that the events recorded in 2010 are prescribed. The Constitution allows to impeach a president during the exercise of his mandate and up to six months after it ends.

His defense reiterated that a 2017 judicial investigation into other business efforts of the Piñera Morel family concluded that the president was not involved or committed crimes.

Former prosecutor Manuel Guerra, who led the investigation four years ago, declared that what was revealed by the Pandora Papers on the conditioning of payment by buyers is new information that could lead to a new trial.

The parliamentary commission ruled on the impeachment after hearing from dozens of lawyers, former authorities and the director of the Internal Revenue Service, Fernando Barraza, who contradicted the accusers by stating that the proceeds of the sale of Dominga were reported to the authority and that the corresponding taxes were paid.

For the impeachment to be approved in the 155-member Chamber of Deputies, at least 78 votes are needed and the opposition has a majority. However, the opposition, which has 24 of the 43 Senate seats, is deemed unlikely to gather the 29 votes required in this case.