The polls in Iran have opened: Khamenei called for voting and the public did not … 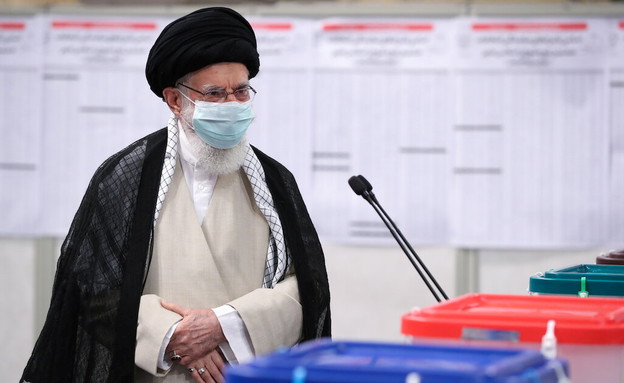 Iranian elections launched: Iranian citizens went to the polls this morning (Friday) for the country’s presidential election. According to estimates, the person who will win the election is Ibrahim Raisi, 66, who serves as head of the judiciary and is considered loyal to the religious establishment. The supreme leader, Ayatollah Ali Khamenei, voted at the polls in Tehran and called on the public to go out and vote: “Every vote counts, let’s vote and elect your president. This is important for the future of your country.”

But Iran reports that many eligible voters ignore the election – and do not go to the polls. The country’s economic hardship and rigid rule – which has disqualified many candidates from running – do not encourage voting. Many feel that this is a barren vote. In the shadow of the uncertainty surrounding the renewal of the nuclear deal and the growing poverty after years of conflict, the vote itself seems to be seen as a referendum on the functioning of the leadership.

In an attempt to encourage voters, state television has shown long queues outside the polls in several cities. More than 59 million Iranians are eligible to vote. The polls are expected to close at 10:30 PM Israel time, but it will be possible to extend their activities by two hours. The results are expected to arrive around noon on Saturday, but to say the least – the tension towards them is not great.

Conservative judge Ibrahim Raisi, a close ally of Khamenei, is the preferred candidate – and probably also the most likely one – to succeed Hassan Rouhani. Under the Iranian constitution, Rouhani cannot serve a third term for another four years and is not running in this election. The victory of Shiite cleric Raisi eliminates a movement of more pragmatic leaders like Rouhani, or reformist leaders, who have been greatly weakened after the US decision to withdraw from the nuclear deal and re-impose sanctions – while stifling rapprochement with the West.

Iranian sources claim that the election will not violate the Iranian proposal to revive the agreement in exchange for the lifting of sanctions. The clerics who rule the country are aware of the economic crisis threatening the country, especially in the shadow of the corona plague that has also weakened the Iranian economy. An Iranian government official told Reuters: “Raisi’s main challenge will be the economy. An outbreak of protests will be inevitable if he fails to cure the country’s economic pain.”

Official opinion polls predict that the turnout will be below 44%, a significant decrease compared to previous elections. Because of rising inflation and unemployment, the leadership needs the votes of Iranians at the ballot box to increase its legitimacy, which has been severely damaged after a series of protests against poverty and social and political restrictions across Iran since 2017.

Raisi’s main rival is former central bank governor Abd al – Nasser Mati, who says Raisi’s victory or the like will lead to further sanctions. He said Iran could also hold talks with its longtime enemies, led by the United States, if it, for its part, maintained a “positive attitude” toward Iran.

Raisi has the backing of the Revolutionary Guards, a powerful institution in the regime – which over the years has opposed reformist initiatives, overseen the repression of protests and used Iran’s power to change the balance of power in the Middle East. Raisi said only a strong government could continue talks. He has been accused by opponents from home and abroad of human rights violations that span decades, claims denied by his supporters.

Raisi was appointed by Khamenei as head of the Iranian judiciary in 2019. A few months later, the United States accused him of human rights violations, including executions of political prisoners in the 1980s and very violent repression of social unrest in 2009, events in which Raisi played an active role, according to Human rights organizations.