A man was found dead outside the Russian embassy in Berlin 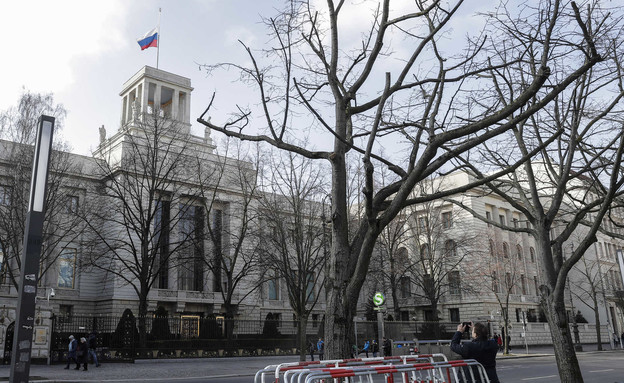 Fell or was knocked down to his death? A 35-year-old man was found dead about two weeks ago at the Russian embassy building in Berlin, the German “Der Spiegel” reported today (Friday). His body was found on the morning of October 19 after he apparently fell from the top floor of the embassy building.

Security sources in Germany say it is unclear how the Russian diplomat fell – and whether he fell or was deliberately shot down. The country’s intelligence services have estimated that he is an undercover agent of Russian intelligence – and what raises suspicion is the refusal of the Russian embassy, ​​which called the incident “tragic”, to perform a post-mortem. The embassy has already taken care to transport the body to Russia without allowing the German authorities to investigate what happened.

The diplomat who was found dead had been registered in Berlin with diplomatic service since the summer of 2019 but was linked to the FSB – a Russian intelligence agency that works to prevent terrorism in Russia that poisons or eliminates regime opponents of all kinds. At this point it appears that the diplomat fell – or was knocked down – from one of the embassy windows.