The US envoy is in Ethiopia seeking a ceasefire 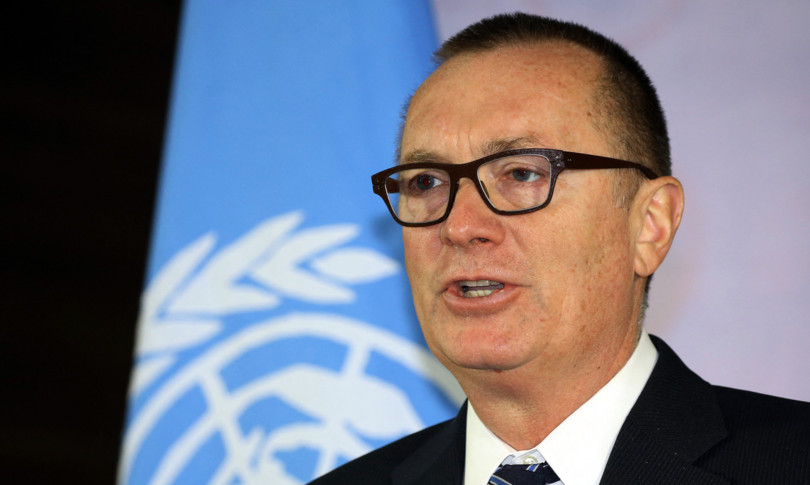 Jeffrey Feltman, United States special envoy for the Horn of Africa, has been in Ethiopia since yesterday for a two-day visit.

His the aim is to ensure a ceasefire to avert a bloody escalation of the war that could lead to the occupation of Addis Ababa.

The United States is allied with Prime Minister Abiy Ahmed’s government, but the Washington government insisted it “would not tolerate unwarranted violence by the Ethiopian government.”

Reuters news agency reported that African Union Commission President Moussa Faki Mahamat met with Feltman yesterday to discuss efforts towards dialogue and political solutions to the conflict, which pits the central government against the Tigray People’s Liberation Front. (Tplf) and its allies.

The European Union and the Igad, an organization of East African States, have they also asked for the fighting to stop.

For his part, the President of Kenya, Uhuru Kenyatta, said that “the fighting must stop”, urging the government and the rebels to “lay down their arms and stop fighting, to speak up and find a path to sustainable peace”.

Similarly, UN Secretary General Antonio Guterres said he spoke with Abiy Ahmed “to offer my good offices to create the conditions for a dialogue, so the fighting stops.”

Prior to his trip to Ethiopia, Feltman said in a meeting at the Washington-based Us Institute for Peace think tank that he 900,000 people in Tigray have faced famine-like conditions, while 90% of the population needs help.

He added that the most serious obstacle to obtaining food, medicine and other critical assistance was the Ethiopian government, which imposed bureaucratic obstacles and expelled seven senior UN human rights and humanitarian officials in October.

“This, unfortunately, suggests a deliberate effort by the authorities to deprive suffering Ethiopians of receiving life-saving assistance,” Feltman said.

Meanwhile, the special envoy said the government airstrikes and the TPLF’s alliances with other ethnic groups are “alarming” and warned that the country risks slipping into a bigger conflict.

“A decades-long civil war in Ethiopia would be disastrous for its future and for its people – Feltman warned -. We urge the government of Ethiopia, the Tplf and the other belligerents to give peace a chance, to choose a different path and to engage in dialogue without preconditions ”.

Feltman then concluded: “I want to be clear: we oppose any advance by the Tplf towards Addis Ababa or any attempt to besiege Addis Ababa. This is a message that we have also emphasized in our engagement with the leaders of the Tplf ”.

He then dismissed assessments that President Joe Biden’s administration is planning to replace Abiy Ahmed with a majority Tplf government.