Presidential elections in Iran, declining turnout due to an almost obvious outcome in Raisi’s favor 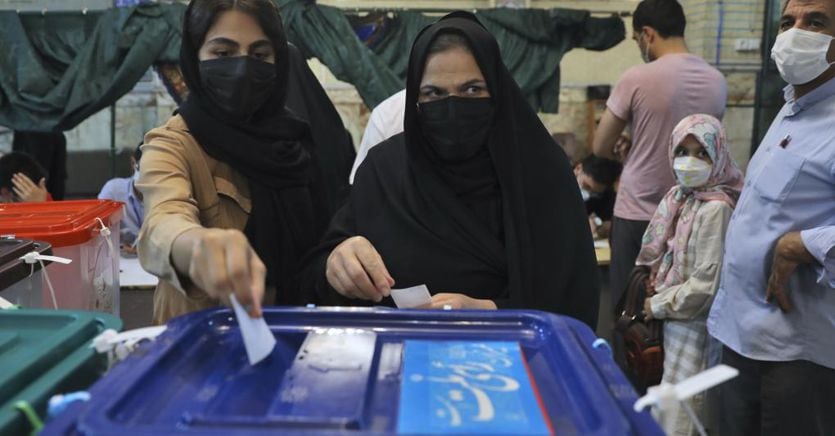 “I came to exercise my right to vote and help improve the country’s future.” The debut of Hamid Reza, a doctor and university researcher, almost literally reflects the invitation that so many times, even today, the supreme leader of the country, Ali Khamenei, has addressed to the Iranian voters. “Every single vote counts. Run to vote and choose your president ”, said yesterday the elderly spiritual guide, 82 years old, the most powerful man in the Islamic Republic.

Reza doesn’t say who he votes for but makes it clear. Like most of the people who flocked to the polls: “I want to exercise my choice in a way that the country really changes not like it did eight years ago. And that they negotiate differently on nuclear power ». The doctor refers to the eight years of the Rouhani era, the moderate president of the republic whose term expires in July.

In the neighborhoods of north Tehran, the wealthy part of the capital

With these two speeches, our electoral journey through the different districts of the great Iranian capital begins. Let’s start from the northern part of the city, the rich one, where the temperature is less torrid and it seems to touch the mountains with your hand so close they are. Always a stronghold of the reformists and moderates. The glittering Ershad Mosque on Sahriati Street is packed. But it takes little to understand that the media are perhaps more concentrated here in this symbolic mosque where the most famous candidates vote than ordinary voters.

On the other hand, immediately the feeling, later confirmed in the afternoon, is that if the people who decided not to go to the polls could express their opinion, their voice would be deafening.

Walking along the eucalyptus-lined streets, proceeding eastwards, we arrive at a symbolic place. Which Iranians look upon with reverential respect; the Jamaran mosque, with the adjoining house where the great Ayatollah Ruhollah Khomeyni settled immediately after returning to Iran on February 1, 1979, after 16 years of exile. It too is set up as a polling station, like many other mosques. In past elections, the queue of voters stretched for tens of meters outside the gate, in the narrow uphill street. Getting in today was quick and easy. And the very short line.