Spadafora comes out (with emotion): “I turn off the chatter” 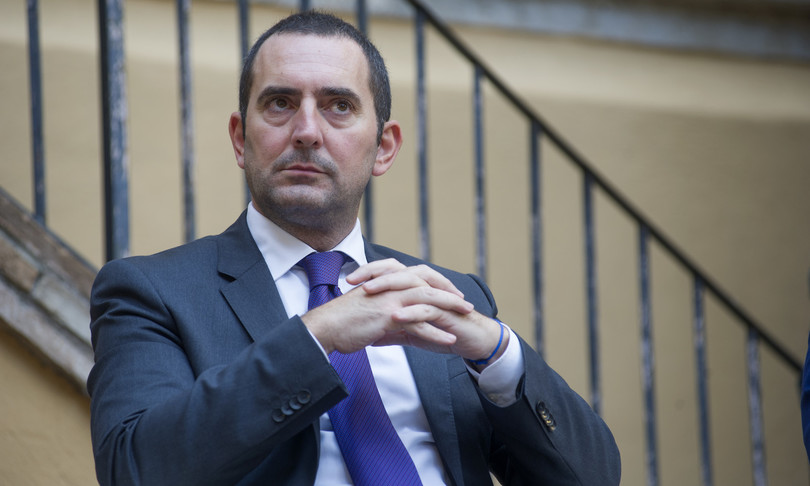 – Suddenly the voice cracks and the study of Che Tempo che Fa supports Vincenzo Spadafora with applause. A passage from his book, ‘Senza reservè, concerns, explains Fabio Fazio, the homosexuality of the exponent M5s. “I think that people’s private lives should remain that way – then the former minister resumes – and if we were a more culturally advanced country, especially on the issue of rights, perhaps we would not even have addressed the debates of these weeks.

But I also think that whoever has a public, political role like mine, in this historical moment, has what more responsibility“.” I did it, I must say, also for myself, because I learned, perhaps very late, that it is very important to love each other and above all to respect each other “, he continues.

“Then there are two reasons …”, and here the emotion takes over for a moment, it is not hidden from the cameras but quickly dominated. “I care – continues Spadafora – a motivation is very political, this is also a way for me to testify to my political commitment. For all those who every day – he claims – fight for their rights and have less chance to do so than how many I have thanks to my work “.

Spadafora is also keen to mark one’s Catholic faith as a “not contradicting” factor and closes with a personal notation: “This theme in politics is unfortunately still used to hurt the opponent, for that background buzz that is sometimes very squalid and that I have suffered too. Tonight I wanted to turn off this buzz – he underlines – knowing that I remain the man I am, with all the path, even complicated, personal, that each of us makes in his life, for whatever reason. And for which we must have a lot of respect “.

“I hope to be considered from tomorrow for what I do, for how I do it, the same man as always. Maybe from tomorrow – it is the farewell, with a smile now more relaxed, from the Rai3 studio – I will only be a little happier. Because I will also be freer “.