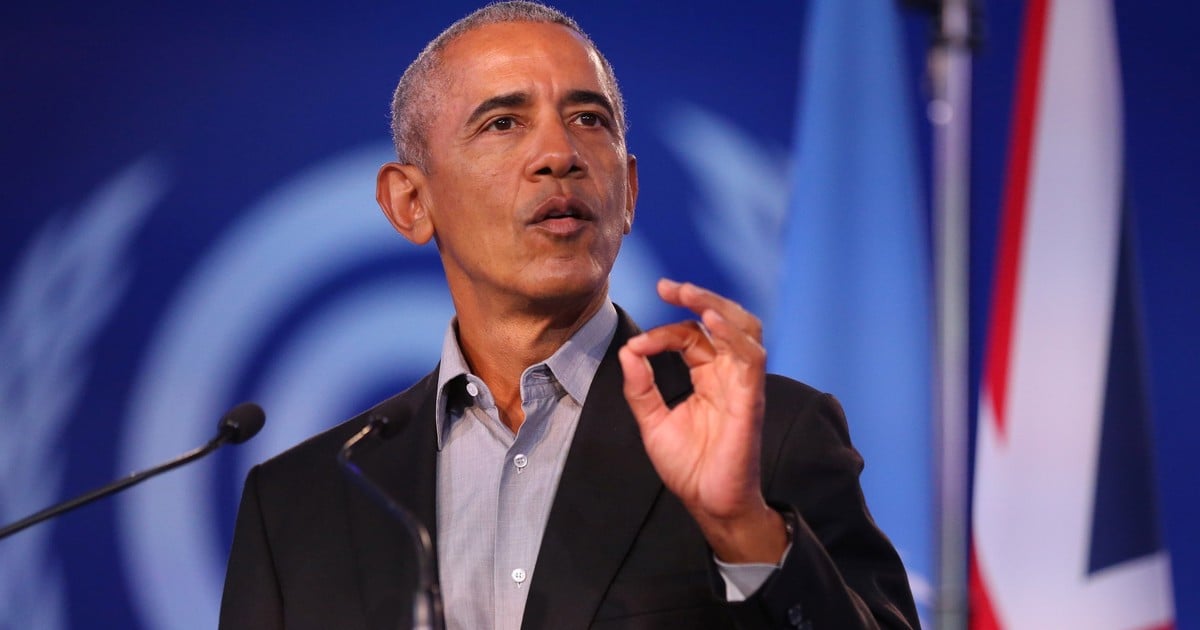 In his appearance before the Glasgow climate summit, Barack Obama criticized China and Russia for what he called as a “dangerous lack of urgency” to reduce its own emissions, amid the urgency for the global warming and the climate crisis.

“I was not very happy with that,” he acknowledged.

The climate summit in Glasgow, Scotland, is the first the former president has participated in since he helped achieve the triumphant Paris climate agreement in 2015, when nations pledged to reduce fossil fuel emissions and agriculture fast enough to keep global warming below catastrophic levels.

Since then, climate summits have been less decisive, especially when the United States, under the presidency of Donald Trump, exited the Paris agreement. President Joe Biden, shortly after taking office, rejoined.

Obama’s appearance on the sidelines of the talks aims to remind governments of the enthusiasm surrounding the remarkable Paris agreement and urge them to take more concrete and immediate steps to put the pact into action.

Despite opposition within the Democratic party itself, Obama expressed confidence that some version of the law to combat climate change will be passed in Congress in the coming weeks.

“The law will put the United States on a path to meet your new climate goals”, said.

Darts to Moscow and Beijing

And while in 2015 the attunement between Obama administration negotiators and their Chinese counterparts was seen as a path to the global Paris agreement, on Monday Obama criticized Chinese President Xi Jinping and Russian President Vladimir Putin for not joining others. world leaders at the Glasgow climate talks.

“I was particularly unmotivated to see that the leaders of two of the world’s largest issuers, China and Russia, they even refused to attend the proceedings, and their national plans reflect what appears to be a dangerous lack of urgency, ” Obama said in prepared remarks.

Hours earlier, Obama spoke at a session of Pacific island nations, including some whose existence is threatened by rising ocean levels as the Earth warms.

“But those of us who live in rich countries, those who help precipitate the problem ‘of global warming, “we have an additional responsibility ‘‘he added.