After 6 months in space, the Crew Dragon returned to Earth 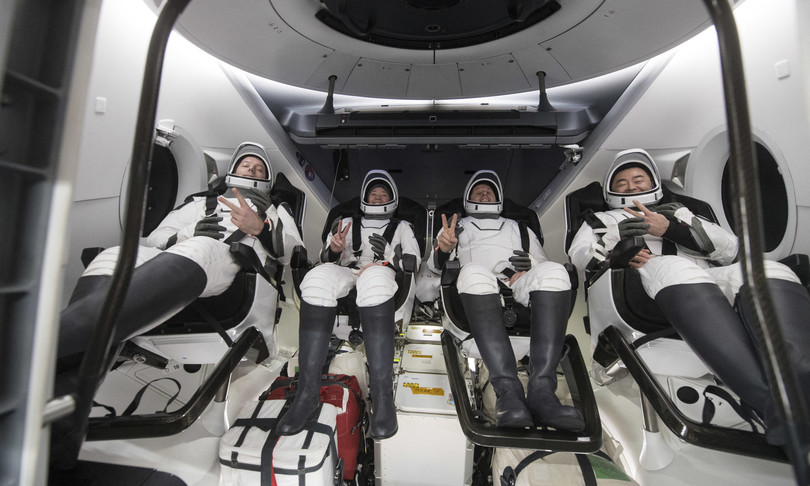 After six months in orbit, the astronauts of the SpaceX Crew Dragon spacecraft have returned to Earth. The four astronauts (the two Americans from NASA, Shane Kimbrough and Megan McArthur, the Japanese Akihiko Hoshide, of the Jaza space agency, and the French Thomas Pesquet, of the European Space Agency) had begun the process of separation from the International Space Station (the ISS ) at 20.05 and then began the ‘dangerous’ return journey to the Terraw

The trip lasted several hours, but after entering the atmosphere, therehe spacecraft made a dizzying descent before landing in the Gulf of Mexico off the coast of Florida, at Italian dawn, at 04.33.

Boats with spotlights are seen on the Gulf of Mexico as they approach the @SpaceX Crew Dragon Endeavour and prepare to recover the Crew-2 astronauts. pic.twitter.com/GTVLCfpasH

On board are also 240 kg of scientific equipment and experiments, which Crew-2’s four astronauts studied for six months. Crew-2 is the second of six manned missions to and from the ISS that Elon Musk’s company has fielded as part of the contract with NASA which provides for the sending of astronauts from US soil, missions that were not have been more performed since the end of the Shuttle program in 2011.

Smiles, thumbs up, and peace signs. The @SpaceX Crew-2 astronauts are happy to be home after six months in space. pic.twitter.com/W9ziABkq0k

NASA keeps unchanged for now the program to launch the Crew-3 mission from Kennedy Space Center, also in Florida, on Wednesday. The new mission will lead to the orbital laboratory four more astronauts aboard a new Dragon capsule: Commander Raja Chari, pilot Tom Marshburn, NASA mission specialist Kayla Barron and German ESA scientist Matthias Maurer. And they too will stay in space for another six months.