eight years after his death Hugo Chávez lives, at least in the campaign 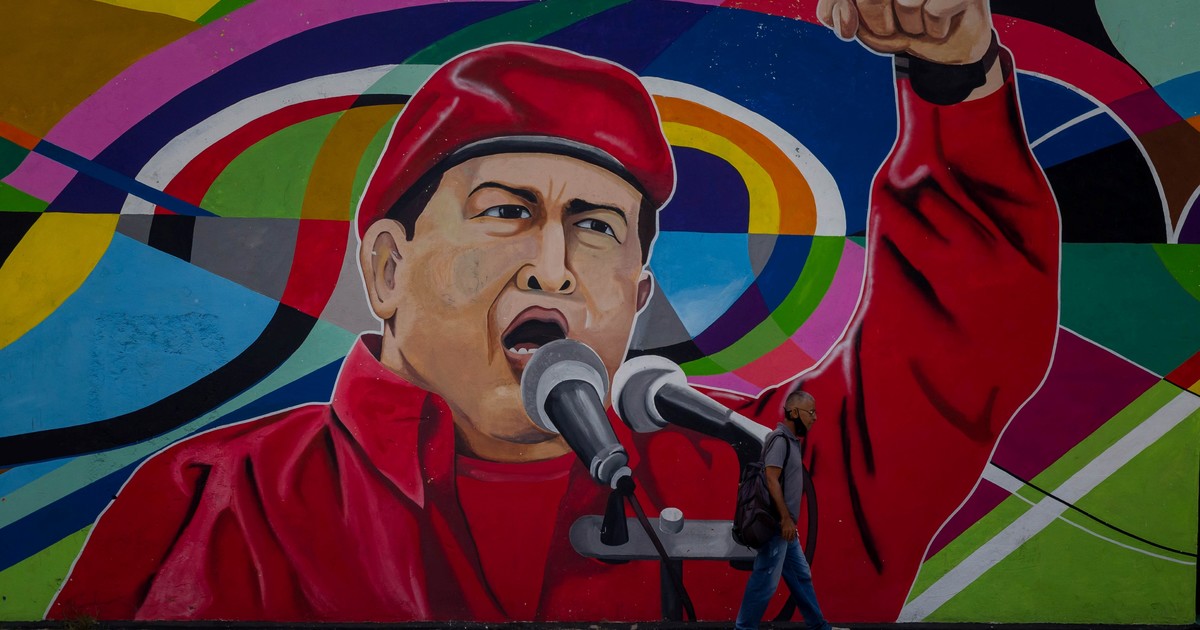 His speeches, his sentences, his photos and his eyes, the omnipresent eyes. He died eight years ago but Hugo Chávez it is still the best letter for your heirs, in need of reconnecting with the Venezuelan citizens, for that reason, already fully involved in the campaign, they have once again turned to the founder of their movement to guarantee a good result.

Its pull continues to be enormous, especially in popular areas, which are the majority in the country, and also those most affected by the crisis. Chávez, polarizing figure, is the highest rated politician of Venezuela, far above any current leader, and he rides again to win the battle of the local and regional elections on November 21.

The political consultant of Dataestrategia and professor of political communication at the University of Navarra Carmen Beatriz Fernández explained to Efe that, today, “Chávez is the best that Chavismo has” to seduce Venezuelans.

“He was a very important leader, enormously charismatic and a leader followed by the majority of the country. For many years he was like that and, after his death, (…) with this that there is no bad death, Chavismo grew“he commented.

Some stairs with an image of the late Venezuelan President Hugo Chávez. Photo EFE

Fernández stressed that, recently, they conducted a survey “that inquired about whether the situation would be better in Venezuela” if the late president were still alive and “56% of the country agreed with that statement.”

“Chávez’s numbers today are substantially better than the numbers that Chavez has or the heirs of that Chavez franchise,” he added.

That is why, in the middle of the campaign, appeal to the figure of the mythical leader, the military man who led a failed coup in 1992 and who came to the presidency with a victory at the polls in 1999 is the best campaign strategy.

Few are the candidates of the ruling United Socialist Party of Venezuela (PSUV) for the elections that they do not include the eyes of their leader on their electoral card, the icon that has become the symbol of movement.

View of an electoral poster that appeals to the eyes of the late Venezuelan President Hugo Chávz. Photo EFE

Curiously, there are several candidates who have eliminated from their propaganda, although not from their campaign acts, the red of the PSUV, the color that defines the party and all the communist and socialist movements.

In Fernández’s opinion, that also has an explanation: They seek to “detach themselves” from the image of the current president, Nicolás Maduro and his low popularity, which amounts to 15% due to the crisis that the country is experiencing.

The use of who was mandatory between 1999 and 2013, which is not limited to the campaign and which has an increasing presence on the State channel, dedicated to the constant broadcasting of acts of the Government and the PSUV, as well as military acts, may -according to the expert- end up turning against their heirs.

For Fernández, they may “be sinking” his image because they end up dragging their figure “to this mess” of today’s Venezuela.

The president of the Datanálisis polling station, Luis Vicente León, agrees with her, and explained to Efe that Chávez maintains “the highest popular support in Venezuela.” above 50% acceptance.

A woman walks past a mural about the late Venezuelan President Hugo Chávez. Photo EFE

“It is positively evaluated by the majority of the population in the memory that Chávez as an actor who remained, like James Dean or Marilyn Monroe, frozen in the wall: young, handsome, healthy, attractive and has not aged“explained León, who added that there is” no connection “between the late president and Maduro.

For this reason, he considered that “Maduro, rather, should fear Chávez because (…) today he is a frowned upon competitor as someone who does not represent that legacy “and that can generate competition with other leaders” who, at some point, could compete “to reach their position in leadership.

However, he believes that this may happen in the future, since those of November 21 are regional elections, “and it is possible that some actors may appear appealing to that legacy of Chavismo” to “try to clean the face of what a government is (Maduro’s) terribly negative. ”

Meanwhile, the heirs in regions and municipalities try to appeal to the myth, to that James Dean who speaks, smiles and, above all, looks from the stage and even sings – in a video frozen in time – the Venezuelan anthem at the voice of chest. As if eight years had not passed.