The US envoy to the nuclear talks: “The diplomatic solution is better… 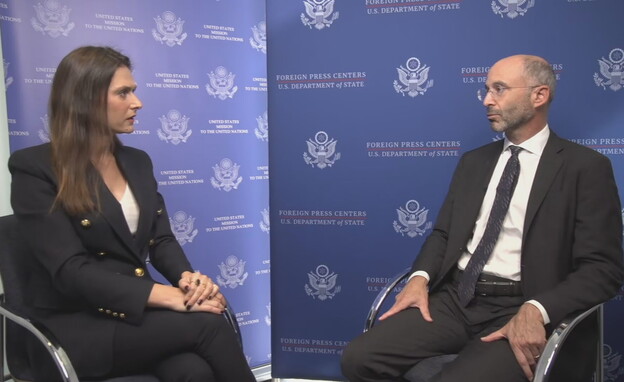 US President Biden promised yesterday (Wednesday) in front of the UN assembly that Iran will never have a nuclear weapon. Prime Minister Lapid is also expected to address Iran in his speech at the United Nations today, and Israel has conveyed firm messages that it will do everything in its power to prevent Iran from getting nuclear. The deal with Iran. There have been many ups and downs and now we are on the downswing. There is one address to turn to for the reason there is no deal and it is not in Washington or in Jerusalem – but in Tehran.””The difficulty arises from the fact that Iran has brought up again an issue that has nothing to do with the nuclear agreement – the International Atomic Energy Agency’s investigation that found traces of uranium in Iran and Iran’s refusal to give an answer to that,” Mali added. “Either Iran will resolve it in cooperation with the agency or it will not be resolved. This is an issue that is entirely in Iran’s hands – if Iran insists on its position there will be no agreement.”

Mali emphasized that there is a close relationship between Israel and the US, but clarified that the positions of the two countries are fundamentally different regarding the agreement: “We know that the Israeli government opposes returning to the nuclear agreement and we understand Israel’s concerns – but we have a different position regarding returning to the agreement. We have seen the alternative to the agreement since 2018 – the withdrawal from the agreement and the pressure we exerted resulted in Iran having the most advanced nuclear project in its history.”

“Our view, What President Biden expressed in the General Assembly is that returning to the nuclear agreement is still the best option for us. We know that Israel does not agree to this, but we work in close coordination with this administration,” he added.

When Mali was asked about the willingness of the US to negotiate with a regime whose leaders are Holocaust deniers and whose character is tyrannical, Mali replied: “The negotiations with Iran were never based on the view that their government is good or that it can be trusted. Precisely because we need to do everything we can to prevent Iran from getting nuclear weapons and a diplomatic deal is the best way to do that. We don’t want this administration to get nuclear weapons – you can imagine what that would do to our security, For the security of Israel, for the security of the region and how this will encourage them to act in a way that they are not acting in now.”

One thought on “The US envoy to the nuclear talks: “The diplomatic solution is better…”