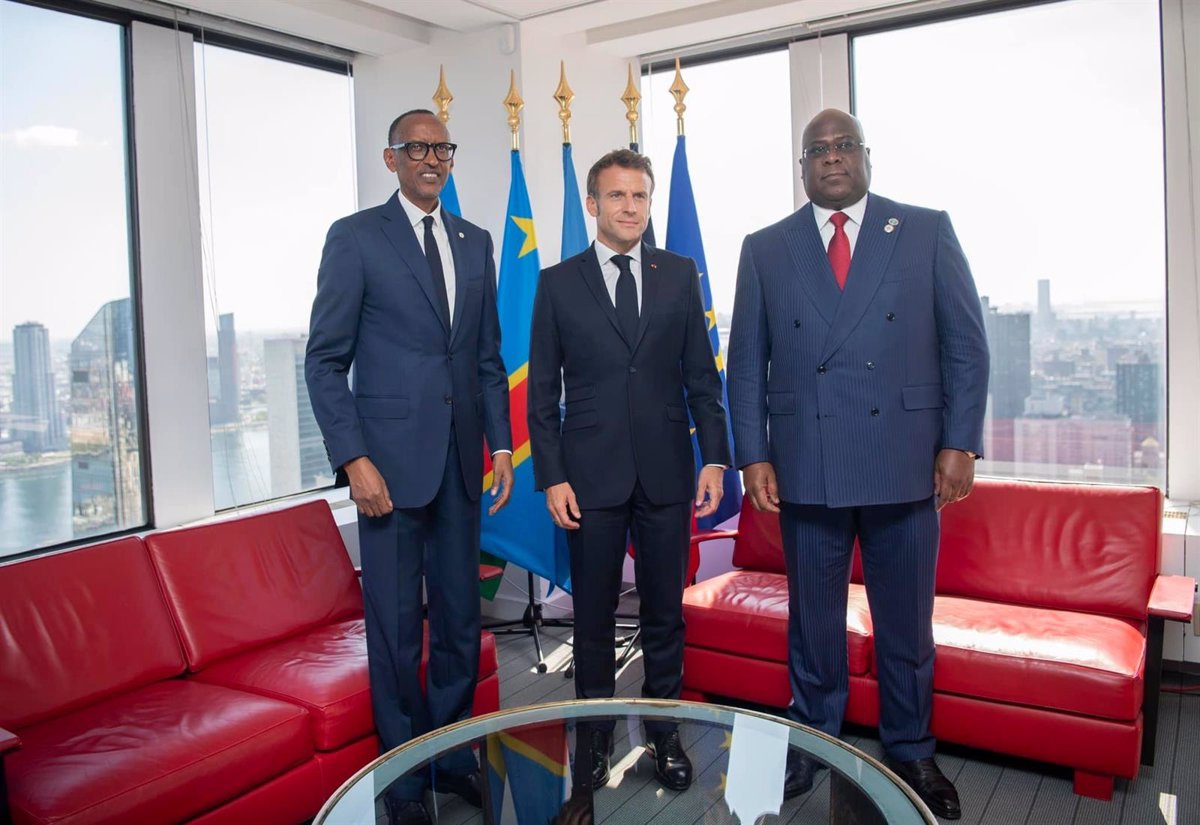 The French president, Emmanuel Macron, the president of the Democratic Republic of the Congo (DRC), Félix Tshisekedi and the president of Rwanda, Paul Kagame, have agreed this Wednesday to “act in concert” to fight against the violence in the east of the DRC.

In a meeting on the sidelines of the UN General Assembly that is being held these days in New York, the three leaders have expressed their concern about the resurgence of violence in eastern DRC, as well as their determination to give a “regional response and coordinated” to the threat posed by armed terrorist groups in the region, as detailed by the Elysee in a statement.

“In order to create the conditions for a frank and constructive dialogue necessary for the relaunch of cooperation between the countries of the region and in line with the Luanda process, (the presidents) have agreed to act jointly to achieve the withdrawal as soon as possible. of the (rebel group) M23 from all the occupied towns,” the document states.

Likewise, Macron, Tshisekedi and Kamame have opted to facilitate the return of those displaced by war from these towns to their homes, with the support of the United Nations and its partners in the African Union, the East African Community and the International Conference on the Great Lakes Region (CIRGL).

They have also agreed to intensify their cooperation in a sustainable manner to fight impunity and put an end to the activities of armed groups in the Great Lakes region, including the Democratic Forces for the Liberation of Rwanda (FDLR).

“These efforts will be carried out within the framework of existing regional peace initiatives, including the Nairobi process,” the statement concludes.