For Berlusconi, the Draghi government must remain in office until 2023 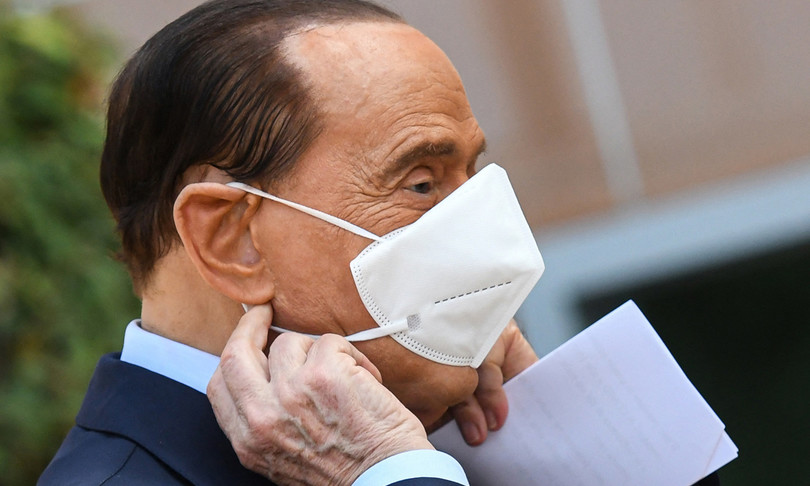 “More and more”. Thus Silvio Berlusconi replies to those who ask him if he is “still convinced” that “politics must guarantee the conditions for the Draghi government to continue until the natural expiry of the 2023 legislature”.

“To interrupt the good work of the government while the recovery has just begun and the health emergency – although controlled thanks to the vaccine – is still current would be irresponsible. Italy needs everything less than months of paralyzing political conflict“, adds the president of Forza Italia, in an all-out interview with the ‘Giornale’.

In the interview, the Knight assumes that the center-right will remain “fatally” divided, between the majority and the opposition, until the Politics of 2023 and hopes for the revival of a “bipolarism” on the “European” model in view of the electoral appointment.

It is a tool to restart and it is intolerable that every Saturday the life of some cities is made impossible by groups of rowdy people who do not respect the rules, that the work of traders should be damaged in this way. pic.twitter.com/4avyFSVoxP

On the election to the Quirinale, in February, he specified: “Naturally the center-right is able to express high-level candidacies for the presidency of the Republic. But the Head of State must represent the unity of the nation beyond the lines. all of his belonging is lost. I would never consider President Mattarella, for example, as the expression of a political party. Einaudi, Saragat, Pertini were not, who like him also came from a history of active political commitment at high levels “.

Europe and the EPP

President Berlusconi, you are a leading exponent of the Popular in Europe. In recent days, in the debate within the League, there was a clear closure of Matteo Salvini towards the EPP, criticized above all because it governs Europe together with the socialists. What do you think? “It does not seem like a novelty to me – he resizes -. The League has a role, history and international position different from ours. This has not prevented us from governing the country together and, even today, many of the major Italian regions”.

“As I have said several times, this government is obviously not a center-right government – he claims -. Draghi is doing well and obtaining excellent results, thanks to the willingness of all the political forces of the majority, including us, to accept compromises, to favor the unity of the nation in the face of the most serious post-war crisis “.

Meeting of Forza Italia deputies in the European Parliament. Our location and our role in Europe are the hallmark of Forza Italia. Convinced that our national interest is better protected the closer and deeper our relationship with Europe is. pic.twitter.com/J3uJGh2l76

“It is clear that a center-right government would put more emphasis on liberalization and tax cuts to return to creating jobs and wealth. We will do it when the Italians will return to entrust us with the leadership of the country. However, I have nothing to blame for this government. , which in the given circumstances is really doing everything possible, with good results, accepting many of our indications and our proposals “.

“The principle that no one should be left behind is not in question. But the citizenship income as it is has proven not to work, to be the wrong answer to a real problem, that of poverty – adds the FI presidnet. -. That of millions of Italians below the poverty line is a social drama which exists and requires adequate responses: but they must be responses that are empowering, non-welfare responses and which do not lend themselves to shameful abuses such as those that have been reported “.

“On the political line of the party, which is very clear, it seems to me that there is no distinction or fibrillation on the part of anyone. We are an integral and essential part of the center-right, our role is that of a liberal and Christian center party quite distinct from that of our allies, we are pro-Europeans and guarantors, we loyally support the Draghi government to the end, which was born first of all for our initiative “, explained Berlusconi.

“It is a clear and linear orientation, resulting from a common reflection among all of us and of which I am of course the guarantor. I have not heard anyone propose different paths, which, moreover, do not exist. Another thing are small personal misunderstandings, completely normal in a large human community and perfectly resolvable with mutual respect and a constructive spirit “.