Lapid at the UN General Assembly: “Two states for two peoples is good for Israel” 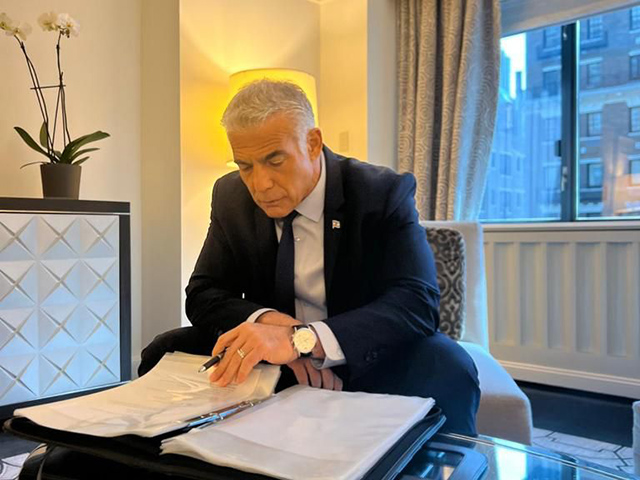 On Thursday, September 22, Israeli Prime Minister Yair Lapid addressed the 77th session of the UN General Assembly. For the first time in many years, the leader of Israel spoke about the creation of a Palestinian state within the framework of the principle of “two states for two peoples.”

Lapid talked about the issue of Palestinian terror. He stated that in order to create a Palestinian state, it is necessary that terror cease. “Despite all the difficulties, the majority of Israelis still support the principle of “two states for two peoples.” And I am one of them. But we have only one condition: the future Palestinian state should not threaten the existence of Israel, it should not become a base for terrorists “We have one condition – we must be able to protect the citizens of Israel at any time. If this seems to someone an excessive demand, let them carefully look at the region in which we live,” he said.

He responded to claims against Israel about the restrictions imposed on the Gaza Strip. He said that less than a year after the withdrawal of Israeli settlements from Gaza, Hamas came to power, which instead of greenhouses built sites for launching rockets. “Thousands of rockets were fired from there at the territory of Israel, at the civilian population. At our children,” he said. Lapid said Israel was ready to lift all restrictions “as early as tomorrow” if the rocket attacks stopped, if the bodies of Israeli soldiers held by Hamas were returned.

The Israeli Prime Minister stated that Israel is interested in peace with its neighbors and is an integral part of the Middle East region.

The head of the Israeli government has asked world leaders to toughen their stance on Iran, which he says is the only way to prevent Iran from developing nuclear weapons. According to Lapid, only a real military threat can force Iran to abandon the development of its nuclear program.

One thought on “Lapid at the UN General Assembly: “Two states for two peoples is good for Israel””