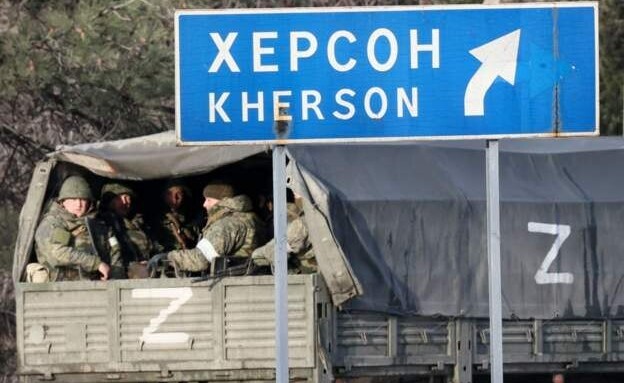 The Russian media reported this morning (Friday) that voting has begun in the referendums for the annexation of the occupied Kherson and Zaporizhia regions, and in the separatist republics of Lugansk and Donetsk in the east of the country. Officially, the votes will be held until Tuesday, after which the results will be announced.Vladimir Rogov, an official in the Russian-backed government in Zaporizhia province, said voting in the referendum was mandatory. “We are coming home,” he added. The Ukrainian governor of the Lugansk region told ShavBilobodsk, a Russian-controlled town, citizens were told Those who refuse to vote will be fired from their jobs and their names will be given to the Russian security services. The governor even added that in the town of Starobilsk, the Russian authorities prohibited the population from leaving the city until the end of the vote on Tuesday, and armed groups were sent to search for people who did not vote and force them to participate in the referendum.

In Ukraine and in the West, great doubt is placed on the credibility of the referendum and they consider it to be a “fabricated” measure. NATO claimed yesterday that this was a “staged” procedure and made it clear that they would never recognize its results – and called on the other countries not to recognize it either. In Washington they also made it clear at the beginning of the week that they would not recognize the results of the referendum.

The decision to hold the referendums came at the beginning of the week, against the background of the dramatic progress in the Ukrainian counterattack, in which thousands of square kilometers have already been occupied since the beginning of the month. It is estimated that after the referendums “decide” on annexing those territories to Russia – Ukraine will refrain from attacking them for fear that they will already constitute territory in the Russian Federation, and not occupied territory in Ukraine. Officials in Ukraine clarified at the beginning of the week that this will not prevent them from continuing to attack in those areas until “the complete liberation of all occupied areas”.

The decision to hold the referendums came after several different times in which it was reported that the Russians were preparing to hold events of this type, but were postponed due to various reasons on several different dates. The panic and urgency to carry out the referendum now shows, according to sources in the West, that the Russians are “frightened” by the Ukrainian progress and are trying to establish facts on the ground, thus preventing the loss of additional conquered territories.

At the same time, two days after Putin’s speech in which he ordered the expansion of conscription into the Russian army – the Russian army updated yesterday that about ten thousand people “volunteered” to fight in Ukraine. In videos and documents published on social networks, many men are seen sadly leaving their families across the country.

Documentation: New recruits for the Russian army board a plane at Magadan airport in eastern Russia, near the Kamchatka peninsula pic.twitter.com/KjDecRZeir

Contrary to the claim that soldiers are being recruited from all regions of the country, including the capital Moscow and the city of St. Petersburg, various sources have put forward the hypothesis that most of the recruited soldiers come from the peripheral areas and areas where the citizens are not “ethnically Russian”, but descendants of more eastern nations. If this claim turns out to be true, it may indicate the great fear of the regime in Russia about a civil uprising in the big cities against the conscription. Meanwhile, more than 1,300 people have already been arrested in protests in dozens of cities since the announcement of the recruitment.