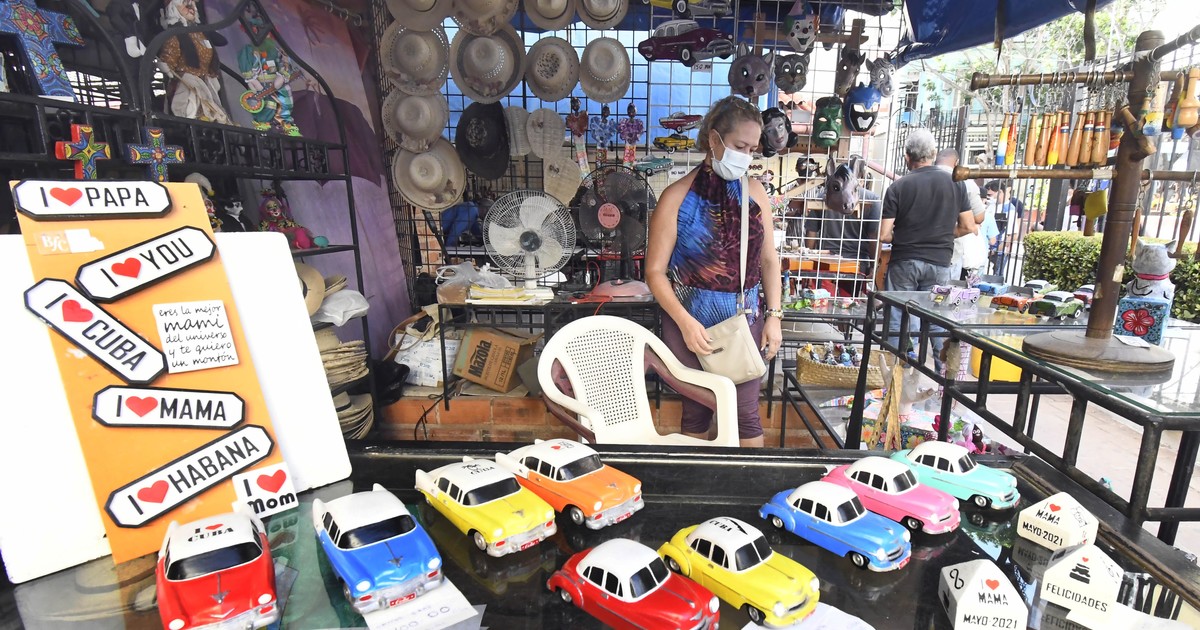 Dozens of owners of Cuba’s brand-new small and medium-sized private companies and entrepreneurs wrote to US President Joe Biden to lift the sanctions on the island assuring you that they harm your business.

The letter also had the support of half a dozen academic and activist organizations from the United States promote binational standardization.

“We dream of going back to those days, when rapprochement was the official policy of the United States, producing an economic boom that benefited us all. We ask you to listen to us, Cuban entrepreneurs and private businessmen who live in Cuba, and not to a small community of Cuban Americans who do not speak out for our needs, ” said the letter to which The Associated Press had access.

Havana and Washington had a historic rapprochement in 2014 When then-rulers Raúl Castro and Barack Obama – whose vice president was Biden – relaunched relations, embassies were opened and in a few months tourism flourished, scientific projects were developed and there was cooperation at all levels.

Young people walk down Obispo Street, in the municipality of Habana Vieja, in Havana, the capital of Cuba. Photo Xinhua

But Obama failed to get Congress to lift the embargo laws, so its relaxation was quickly reversed by his successor Donald Trump, who tightened the sanctions, returning to the policy of pressure to change the political model of the island.

“Through our businesses we are working to build economic well-being for our families, so that enterprising Cubans do not feel the need to emigrate to have a rewarding job,” the letter said. “Current United States policy towards Cuba greatly affects our operations daily business and slows our ability to thrive. ”

After five decades, Cuba authorized in September the legalization of small and medium-sized enterprises (SMEs), an important step for the Caribbean nation where private initiative was stigmatized for years and production and employment were under state control.

President Miguel Díaz-Canel (c) during a tour of the La Timba neighborhood in Havana. Photo EFE

US officials from different administrations said that the development of private initiatives was essential for an improvement in the bilateral nexus.

The Ministry of Economy and Planning indicated that to date sand have authorized 406 SMEs -397 private and nine state-owned – along with 10 cooperatives that together would be generating about 6,000 jobs. Licenses for independent work or self-employment were also maintained, especially in trades.

“There is a state of opinion in the American population where really they think that the blockade exclusively affects the government of Cuba, ” Carlos Miguel Pérez, owner of an SME dedicated to software development, told AP. “The reality is different.”

The letter sent to Biden featured with the signature on behalf of 247 private companies, cooperatives _some in turn with several partners or members_ and entrepreneurs from sectors as varied as accommodation, restaurants, beauty salons, repair shops or design studios.

The new Cuban entrepreneurs face challenges such as limitations to import and export without state intervention or restrictions for Cubans residing abroad to set up their businesses on the island. Many, moreover, suffer the sanctions imposed by Washington such as the decline in the tourism market or difficulties in obtaining raw materials.

Cuba is going through the worst crisis in recent decades with shortages and inflation, aggravated by the COVID-19 pandemic and US sanctions. The Gross Domestic Product fell 11% in 2020.

Biden promised in his election campaign changes in Trump’s tough policy towards the island, but did not make any. US officials recently said that from a series of opposition demonstrations cracked down by the island government in July his position had changed and he was even willing to impose more sanctions.