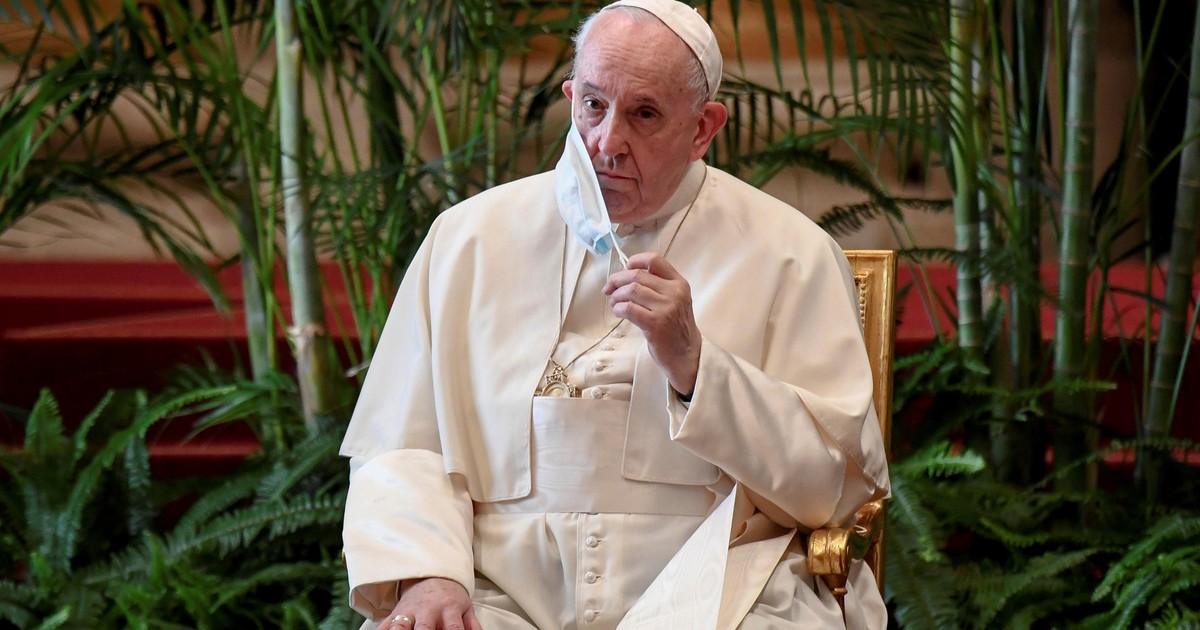 Heavy weights of the extreme right of the Church and staunch enemies of Pope Francis, Archbishop Carlo María Viganó, former Apostolic Nuncio to the United States, and North American Cardinal Raymond Burke denied the existence of the coronavirus pandemic and attributed it to a demonic plot.

Viganó has become a popular agitator of the “no vacs” and after his last thorough attack on Jorge Bergoglio he hides but throws messages. The most recent had a wide impact a few days ago: on a TV channel of the RAI, the Italian official television, the old supporter of former President Donald Trump denounced that the pandemic does not exist.

According to Viganó it is a worldwide plot to create a system of government that will keep all humanity in subjection. A diabolical conspiracy, capable of turning people into automatons.

The weapon of the “conspiratorial devil” are vaccinations, which serve to create a pandemic madness, maintains the once famous archbishop for his attacks and in-depth denunciations against the Argentine pope.

The Church has also been infiltrated by anti-Christian currents, maintains Viganó, the only member of the Curia, although retired, who openly defends that the virus does not exist.

Against the health passport

The archbishop has a large group of admirers among Catholic dissidents. They applaud him when he claims that the Health Passport is a pass to go to hell and a legal aberration.

The Health Passport or Green Pass or “Green Pass” has been disseminated throughout Europe and certifies that its holder has received the doses that immunize him from the virus, or that he is a cured patient with defenses.

While the pandemic expands in the fourth wave in Europe, making the continent the most affected region on the planet, Viganó does not go back a millimeter.

“May God forgive him,” journalist Bruno Vespa told him after listening to him from the studio. The former nunzio in the United States did not respond.

The Pope lamented the presence of some “no vac” and deniers among bishops and cardinals during the usual dialogue with the press on the plane in which he returned to Rome after his last trip to Hungary and Slovakia. But Bergoglio did not give a name.

Instead, Archbishop Vincenzo Paglia, president of the Pontifical Council for the Family and founder of the Sant’Egidio Movement, one of the most important lay organizations in the Church, responded to Viganó.

“In Italy we have more than 130 thousand dead, in the world some million. The world economy is in great difficulty, hundreds of thousands of people have lost their jobs. How can you say that the pandemic does not exist? Quen denies the pandemic, denies that the world has dramatically changed and is in need of a profound renewal to give justice and access to health, starting with vaccines, “he said.

The accusations from Archbishop Viganó already tormented the pontificate of Benedict XVI, who to get rid of him ended up promoting him to nuncio (ambassador) of the Holy See in Washington.

From Washington, the archbishop resumed his denunciations, accusing Pope Benedict, but especially his successor, Pope Francis, of having protected Cardinal Theodor McCarrick, former archbishop of the North American capital, protagonist of a chain of sexual abuse to seminarians, young priests and children.

Jorge Bergoglio punished McCarrick with a very harsh penalty. He dismissed him as a cardinal, removing his title, reducing him to lay status and sending him to a convent for a life of isolation.

American Cardinal Raymond Burke, called in the Vatican “prince of the conservatives”, went further than Archbishop Viganó in his militant denial of vaccines.

He stated that pandemic inoculations injected “a kind of microchip under the skin of people so that at any time it can be controlled in terms of health and other issues that we can only imagine.”

Ultra-conservative like few others, he did not want to give Communion to the Democratic leader and US official John Kerry, accusing him of defending abortion.

A similar accusation now has President Joe Biden in suspense, because in less than two weeks the North American bishops will discuss a document on the Eucharist that could set off a bomb if they uphold Burke’s thesis, also denying Biden, an observant Catholic, communion. for not opposing abortion.

Kerry and Biden maintain that they personally do not accept abortion, but cannot prevent it because it is a law in force.

Burke was Prefect of the Apostolic Signatura when he began to litigate with the current Pope, who removed him from the most important Vatican “ministry” dedicated to justice, transferring him to the decorative post of Patron of the Sovereign Order of Malta.

Forced practically into retirement, when the pandemic began, Cardinal Burke was walking through the streets of Rome near the Vatican praying the rosary. He said that this was the best weapon against the virus that he did not believe in. He did not wear a mask or admit the obligation to maintain a distance of one and a half meters.

In the middle of this year he traveled to his native Wisconsin, in the United States, where he contracted the virus and it was very bad, until the end of September, interned in intensive care. He survived and appreciated the collective prayers of the Wisconsin faithful. No comments from him have reached Italy about the ordeal.

Burke became internationally famous for his outspoken support for ultra-conservative US President Donald Trump. He also argued with the Pope in defense of the traditional mass and proclaimed against multiculturalism.

He shared with the American Steve Bannon, a strategist for the electoral campaign who elected Donald Trump, the creation of a sovereign party in Europe with the participation of ultra-Italian Matteo Salvini, a serious candidate to be Italian prime minister.

But the cardinal ended up breaking up with Bannon as well.