Assessment: The couple arrested in Turkey will be deported to Israel 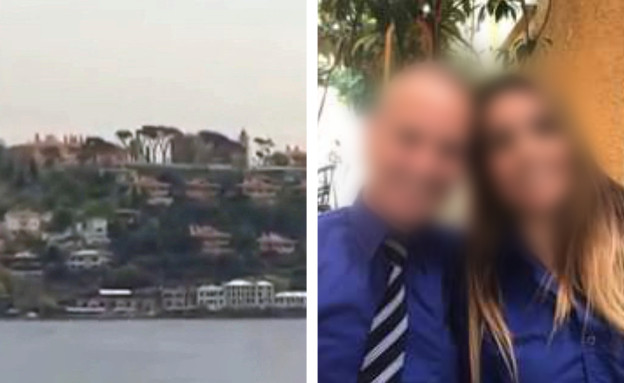 The Israeli couple arrested in Istanbul after photographing the residence of Turkish President Recep Tayyip Erdogan will be brought before a judge tomorrow (Friday) who, according to information from the Istanbul police, should order their immediate release and deportation from Turkey back to Israel. The two, Egged drivers from Modi’in in their 40s, photographed the presidential palace from an observation tower and aroused the suspicion of the security woman who called the police. The couple did not know that photographing the palace was a violation of the law in Turkey.

The details of the incident indicate that the couple went on a birthday trip to Turkey and stayed at the Elite Hotel in the Ceremonial Square in Istanbul. During a tour of the Asian side of the city, across the Bosphorus, at a lookout from the Communication Tower on Chamelija Hill, the local guide turned their attention to the palace built by President Erdogan near a large mosque.

The woman was very enthusiastic, pulled out her phone and took a close-up of the palace. A security woman at the scene who heard Erdogan’s name was thrown into the air tensed, asked to view the photos, detained them and called police. All three were arrested because they took a forbidden place and were taken for questioning. The connection between the holiday couple in Turkey and the family in the country has been lost. They did not arrive on the flight where they were supposed to return to Israel and the worried family members turned for help.

The receptionist of the hotel “Elite” told in a conversation with N12 On the couple’s absence: “They did not come back to us. They should have checked out but they did not come. Because we do not have the ability to find out where they are, I can not tell you. We did not receive information that they disappeared. We just “They know they did not check out of our hotel.”

Turkey is considered a very sensitive country in security, especially after the 2016 coup attempt. The Turkish media does not cover the affair and does not currently link it to the affair of exposing the alleged “Mossad cell” in Turkey. At this stage it seems that there is a misunderstanding and the Foreign Ministry said that the case is known and handled. Tomorrow the couple will be brought before a judge to discuss the continuation of the legal proceedings against them.

Eran Perry, the brother of the detained woman in Istanbul, said in an interview with Shesh Am Oded Ben-Ami that he is not optimistic: “Unfortunately I can not join the optimism even though I want to. I was sure they would be released tonight and we will see them at home tomorrow, but the assessment My personal opinion is that if they are brought before a judge, then they will probably extend their detention. “

On the chain of events, Perry said: “We contacted the wife of their escort in Turkey and from there, through WhatsApp, we realized they were detained because of a photo. We are in contact with Foreign Ministry officials and we have two Turkish lawyers representing the couple. We are organizing a flight to Turkey to see They are healthy and intact and lack nothing. “

The detainee’s sister told in a conversation with N12: “We knew they were supposed to be back on Tuesday, and they suddenly disappeared. We are very concerned. My sister is not affiliated with any intelligence organization. We very much hope that they will release her as soon as possible. We were asked not to speak and to humble the incident. We were sure they would be released soon, but now we can not remain silent. We take care of my sister and brother-in-law. “

A letter sent by attorney Nir Jaslovitz representing the couple to Foreign Minister Yair Lapid reads: “Such an abusive act in the form of detention. An action that could deprive my client of his liberty in a foreign country, for all that that implies.”