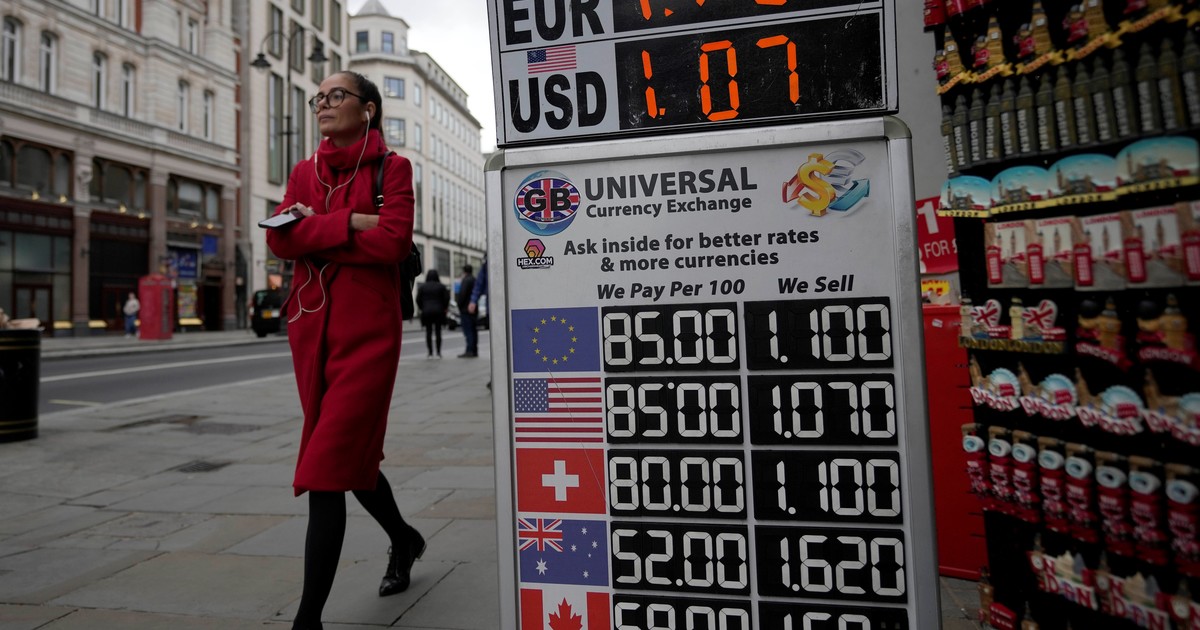 The Central bought state debt after the fall of the pound. The Fund called for “rethinking” the economic plan.

Great Britain is plunged into a severe financial crisis and monetary. In a rare intervention, the International Monetary Fund (IMF) and the United States urged the British Chancellor of Finance, Kwasi Kwarteng, to “Go backwards” in the 65 percent tax cuts, provided for in the budget presented on Friday.

The White House urged Britain to show “fiscal discipline” and it is a harsh warning to a G7 partner.

The kingdom is under international pressure for an economic turnaround after it cuts 45 percent of taxes on those earning more than £150,000 a year.

“Turn back”, asks the IMF

The International Monetary Fund (IMF) urged the minister to “rethink tax cuts for the wealthiest”, in a rare intervention in the economic policy of a major nation. It said it was “closely monitoring” what was happening in the world. kingdom and urged “to go back” in an extraordinary statement, explaining that “this cut is going to increase inequality.”

Kwarteng was forced to announce that it would present further fiscal details on November 23, after the markets they responded disastrously to Friday’s mini-budget, which abolished the top tax rate and came without analysis of the Office of Budget Responsibility.

An IMF spokesman said Kuasi Kwarteng’s announcement in November “would present an early opportunity for the UK government to consider ways to provide more targeted support and to reassess fiscal measures, especially those that benefit high-income earners.” .

The Washington-based organization was unequivocal: “The nature of the UK measures is likely inequality will increase“.

He said he was “closely monitoring” developments in the UK and was in contact with the authorities.

The cocktail of the fall of the pound sterling, the cost of credit, the cancellation of mortgages and the storm in the market forced the government to make these treasury declarations.

“Given elevated inflationary pressures in many countries, including the UK, we do not recommend large, untargeted fiscal packages at this time, as it is important that fiscal policy does not work against monetary policy,” a spokesman said.

The IMF urged the government to consider more targeted support for families and businesses.

These warnings from the IMF are not heard in the great powers but in emerging market economies usually.

The British Treasury spokeswoman said: “We have moved quickly to protect households and businesses this winter and next, following the unprecedented rise in energy prices caused by Vladimir Putin’s illegal actions in Ukraine.”

The government is “focused on growing the economy to raise everyone’s standard of living.” The chancellor’s statement on November 23 “will establish more details on the government’s fiscal rules, including the guarantee that the debt is reduced as a share of GDP in the medium term.”

HSBC and Santander joined all the banks in cutting home mortgages. There are 12 banks that canceled. Two million families will not be able to pay their mortgages and thousands have abandoned their possibility of requesting a mortgage loan, in a kingdom of owners.

House prices have fallen by 15 percent and at least 1,000 loans have been paralyzed as it is feared that the interest rate reaches 6 percent. Britain is headed for a housing crash and an inevitable recession.

The fall of the pound is going to drop the price of houses by 20 percent and the fear of contagion is spreading.

The Bank of England intervenes

The Bank of England intervened this Wednesday in the bond market. An absolutely unusual gesture buy government debt for the English bank, which is evidence of a “dramatic and complicated” moment.

It is unprecedented to buy British government bonds to “orderly restore market conditions.” This decision will affect traditional pension funds and retirees, who receive a final salary payment when they retire.

The purchase will be extended between now and October 14 “to try to stabilize markets and maintain British financial stability.”

The cocktail of the fall of the pound sterling, the cost of credit, the cancellation of mortgages and the storm in the market forced the government to make declarations of the British Treasury.

An economic adviser has warned that the Bank of England is at risk of cause “more turbulence” if you raise interest rates after November.

Mohamed El-Erian, Allianz’s chief economic adviser, said the country already is in “a big mess and urged that action be taken.

“The market has revalued interest rates between 1% and 1.25%,” El-Erian said. “If you’re taking out a mortgage today, you’re paying about 25% more in monthly payments than you would have paid last Thursday”.

Earlier this Wednesday, the Bank of England said it intends to raise interest rates and El-Erian said he doesn’t think this will be done before November.

Kwarteng was scheduled to meet with bankers this Wednesday to calm the nerves of his mini-budget, which has destroyed the markets and put the pound sterling in decline. Earlier he spoke to concerned Tories, who have begun sending letters for a vote of confidence in the government and its Prime Minister Liz Truss.