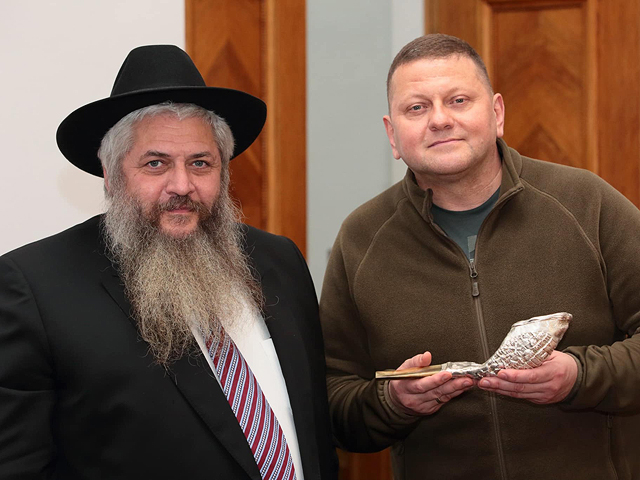 Commander-in-Chief of the Armed Forces of Ukraine Valeriy Zaluzhny wrote on his Facebook about a meeting with Chief Rabbi of Ukraine Moshe Reuven Azman, from whom he received a blessing for victory.

“Our peoples know what the struggle for survival is. And this war is nothing but the struggle of the Ukrainian people for their existence. On the Day of Remembrance of the tragedy of Babi Yar, it is painfully difficult to talk about its repetition in Mariupol, Bucha, Irpen, Izyum and other cities This war has shown who is on the side of good and who is the embodiment of evil.

Rabbi Moshe Reuven Azman said clearly that today’s Russia is a fascist state. His opinion is weighty in the modern world. I believe that in the conditions of such a neighborhood, Ukraine should become, like Israel, a military state.

During our conversation, we discussed the appointment of a Jewish military chaplain and the spiritual needs of military personnel.

We are sincerely grateful for the treatment of our wounded soldiers in Israel and the huge humanitarian assistance,” wrote Valery Zaluzny. He also congratulated the IDF soldiers and the people of Israel on Rosh Hashanah.