“Shochat”, did not finish elementary school and loyal to the establishment: the next president of … 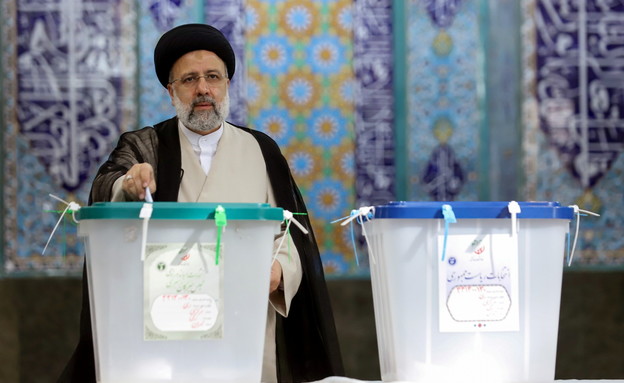 Four years after he first emerged in the political arena in Iran as a prominent figure in the conservative camp – today (Saturday) Ibrahim Raisi won the presidential election and picked up the second most important position in the Iranian decision-making system. Raisi, the forerunner of the Ayatollahs regime, holds almost opposite positions than his predecessor regarding Iran-West relations and, according to estimates, is expected to succeed the Khamenei leader, whose medical condition is deteriorating.

Throughout the campaign, Raisi led the polls, and his election is not a surprise. The results of the nomination screening process – in which 7 out of 592 candidates were approved – testified to his high chances of winning and the establishment’s support for him. The removal of well-known and challenging politicians from the opposing camp – such as the former Speaker of Parliament and incumbent Vice President – was intended to pave his way easily to the presidency.

Raisi has been serving as head of the judiciary since March 2019, with the direct appointment of Supreme Leader Khamenei. Raisi has a rich and dubious past in the Iranian justice system, and has for years been considered a hated figure in the wake of the many executions he ordered after the Islamic Revolution and the Iran-Iraq War, by virtue of his position as Attorney General. It is estimated that he signed the execution of between 5,000-30,000 opposition supporters, which earned him the nickname “the executioner from Tehran”. He himself never addressed the issue in public.

The president-elect enjoys the embrace and support of senior members of the country’s religious establishment: Prior to his appointment as head of the judiciary, he served as chairman of the foundation, Astan Quds-Rachoi, who holds a huge fortune and manages many of the country’s holy sites. Imam Racha.

During the clashes between the candidates, his opponents revealed the fact that he did not finish elementary school at all. His religious status is also questioned and questioned by many, in what appears to be a “class leap” in favor of a job in the country’s first position.

More articles on the subject:

The issue of leader inheritance

Since the Islamic Revolution in 1979, Iran has established an institution of leadership, headed by the “Supreme Leader.” The rule of the “sage of halakhah”, “and of Eit Pekia”, in Persian, stipulates that the state will be led by an authoritative religious body for a term of office that will last from the date of his appointment until his death. The leader is the sole policy-maker in all spheres of life in the country, controls the army and the Revolutionary Guards, even with governmental arms in all state institutions.

The health of the current leader, Ali Khamenei, is deteriorating day by day, due to the cancer he is battling. He is already 82 years old and suffers from a host of medical problems that promote the inheritance discourse. It is likely that during the next 4 years that Raisi will serve as president, or in the next 4 years (which according to past experience, there is a high probability that Raisi will also serve in them), an heir to the veteran leader will be required.

Many commentators believe that Raisi is the leader’s preferred heir. “Raisi rose very quickly on the scale of promotions and senior positions in the country,” explains Benny Sabati, a social media researcher at the Jerusalem Institute for Strategy and Security, one of the founders of the IDF Spokesman in Persian, and a native of Tehran, on the N12. He is very much connected to the Revolutionary Guards. Ahmadinejad was a puppet, Raisi is the flesh and blood of the regime. The leader wants him and is probably raising him as the next leader. “

The leader’s son, Majatba Khamenei, is also considered a possible candidate for his father’s legacy, but he is not recognized in the public arena. Some believe that Raisi is intended by the leader to hold the throne as a “bridge” or as an interim period until Khamenei Jr. matures in his readiness to ascend to the throne, and also to prevent a display of nepotism and inherited tenure.

The return of the firm and conservative line to the presidency could have a major impact on Israel in the coming years. In contrast to the cold embrace received by the Revolutionary Guards from Rohani – which manifested itself in budget cuts, condemnations and loose labor ties – Raisi is expected to give them a windfall that will fuel their activities in the region.

However, experts believe that there is hope for the degree of responsibility that exists in the presidency: “It is possible that the fact that Raisi will be in power will make it possible to pass in the conservative camps the amended nuclear agreement, which has been negotiated intensively in Vienna in recent weeks,” explains Sabati. The conservative and his harsh temperament are not suitable for leading change, what is more, the warming of the direct confrontation in the IDF between Israel and Iran makes it difficult for a real change to take place.

On the other hand, there are commentators who believe that from Israel’s point of view, it is possible that a better president serves as Raisi, from the perception that the extremist line in Iran does for us the best information service vis-à-vis Western countries.