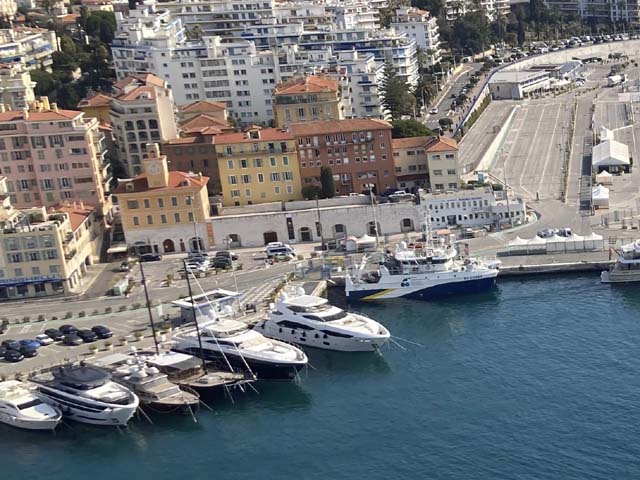 The owner of the 82-meter yacht, which was sanctioned by the United States because of its connection with Russian President Vladimir Putin, has changed the name of the boat from Graceful to Killer Whale (“Killer Whale”). The name of the yacht, written in Russian, can be seen in the photo, which was received by the American magazine Forbes. This is reported by Meduza.

The yacht was photographed in the Baltic Sea as it sailed north west of the Estonian island of Saaremaa, possibly towards St Petersburg. The Orca was escorted by a Russian Coast Guard vessel. It is not known exactly when the yacht left Kaliningrad, where it has been since February. Since August 30, when she was in Kaliningrad, her transponder has been turned off.

The US Treasury Department in early June imposed sanctions on four yachts allegedly linked to Vladimir Putin. These are the already mentioned Graceful, which became the Orca, the 57-meter Olympia, the 46-meter ship Shelest and the 32-meter Nega. Forbes has valued Orca at $119 million and the other three at $22 million, $18 million, and $17 million, respectively.

In May, a 140-meter yacht “Scheherazade” was detained in Italy, which the team of Russian politician Alexei Navalny associated with Vladimir Putin. Formally, it belongs to the former head of Rosneft, Eduard Khudainatov.