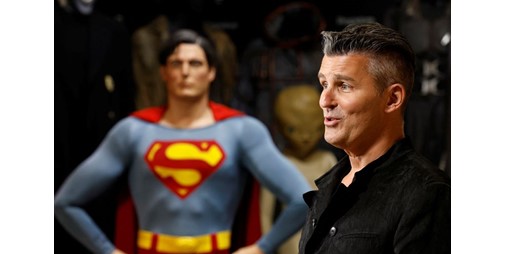 Star Wars villain Darth Vader’s gloves and Superman costume will be among the popular items featured in films, TV series and music tracks at Propstor’s annual auction that will be broadcast live next month.

The auction, which will be held this year in person after a pause due to the Corona pandemic, includes an expanded list of more than 1,500 items with a total value of about 11 million pounds ($12.3 million).

“This year’s auction is going to be bigger than ever,” Propstor CEO Stephen Lin told Reuters.

Highlights of the auction include the full Superman costume that actor Christopher Reeve wore in the Superman films from 1978-1987, Vader’s black gloves that appeared in the first Star Wars movie in 1977, and the Bible version that hid the rock hammer in the movie The Shawshank Redemption) or “The Shawshank Redemption” in 1994.

Music memorabilia will also be auctioned as a new category this year, with a day dedicated to it.