Campaign against the ambassador to Morocco: “Disinfect” the places where he … 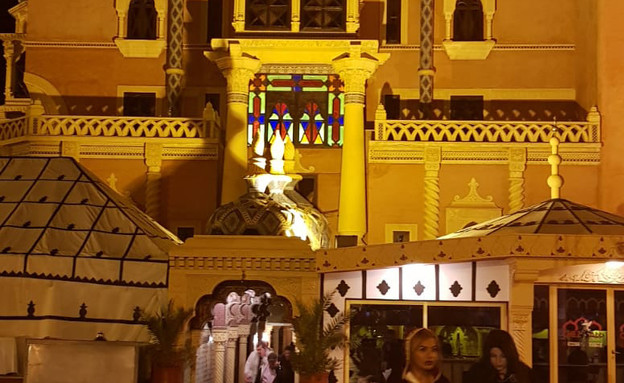 “Expel the representative of the occupying entity”: Israel’s ambassador to Morocco, David Guvrin, took office last January and has already had to deal with local campaigns on social media against him. Operation The Guardian of the Walls in Gaza and the riots in the Al-Aqsa Mosque and Sheikh Jarrah have provoked a renewed wave of solidarity with Palestinians in Israel and Gaza, and now calls are mounting on Facebook and Twitter to “expel the ambassador of the occupation.” One of the local media reported that the locals were refusing to rent the residence and office to the ambassador, so he was forced to stay with all the embassy staff in a hotel.

As part of a campaign by a group of social activists in Morocco, they began following the ambassador and “disinfecting” the places he visited. Those activists actually follow Govrin’s accounts on social media, identify the places he visited based on the photos he uploaded – and then they come and “disinfect” them. The disinfection is carried out by cleaning the place, hanging Palestinian flags and calling to expel the ambassador.

The media in Morocco revealed that the Israeli embassy, ​​located in the capital Rabat, is having difficulty finding a place to live and an office for the ambassador. According to reports, the embassy had to turn to local disputants to help it find a suitable place, but the property owners refuse to rent offices and apartments to the Israeli ambassador.

It was further reported that Govrin was forced to stay with his employees and security guards in a luxurious hotel in the capital, whose name was not mentioned. The local media also reported that the ambassador returned to Israel in secret during the operation in Gaza.