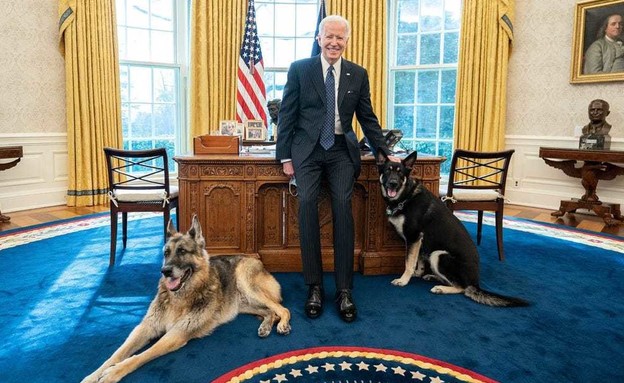 The President of the United States says goodbye to one of man’s best friends – and his: With Joe Biden entering the White House, two friends on all fours also came with him – Champ and Major. Today (Saturday) Biden announced with great sorrow the death of Champ. “We love our sweet and good ‘boy’ and we will miss him forever,” he wrote in the official statement.

Biden added, writing on his behalf and on behalf of his wife Jill: “With a heavy heart we announce that our beloved German Shepherd Champ has died peacefully at home. He has been a loyal and dear companion of ours for the past 13 years and everyone in the Biden family has admired him.”

Our family lost our loving companion Champ today. I will miss him. pic.twitter.com/sePqXBIAsE

The president added: “In our happiest moments and even in those that were full of grief and mourning, he was with us – sensitive to every unspoken feeling and every emotion.” Biden stressed: “Even when his strength weakened in recent months, when we entered the room he immediately stood up, when he tapped his tail and asked for an itch in his ear or stomach. He wanted to be wherever we were – and everything got better when he was next to us.“

During Trump’s four years in office, there were no dogs in the White House, and with his election Biden announced that he would move in with the two dogs of the family – Champ and Major. Less than two months after moving to Washington with the president and his wife, Biden’s two dogs were temporarily returned to the family’s private home in Delaware. The reason was a violent incident in which Major bitten a security guard in the White House.