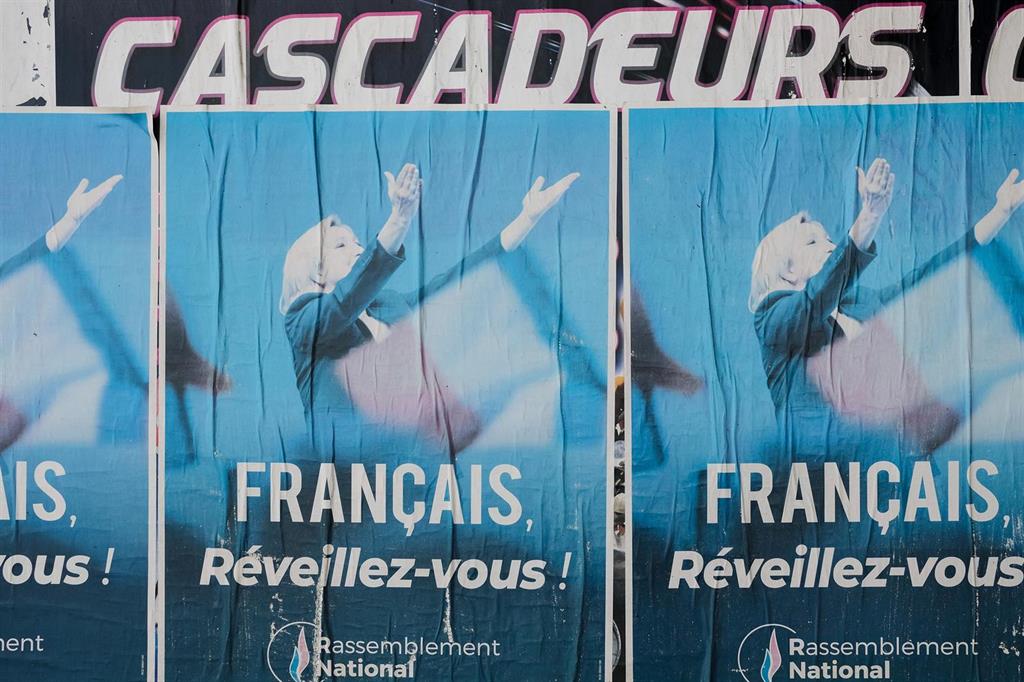 The tension marks the campaign, in which the extreme right of Le Pen has consolidated as an alternative

The French electoral colleges have opened their doors this Sunday for the last electoral appointment before the presidential elections of 2022, regional and departmental elections, in which the extreme right of Marine Le Pen aspires to expand its share of power and establish itself as a feasible alternative to the recurring ‘republican front’.

The first voters to vote were those from the French overseas territory La Réunion, while the last to cast their votes will be those from Martinique and Guadeloupe.

The current scenario hardly resembles that of 2015, when the last regional elections were held. The center-left gave up part of the power it had been holding in favor of the conservatives, but now the Republic on the Move (LREM) of the French president, Emmanuel Macron, comes into play and the National Group of Le Pen gains presence.

The Republicans, heirs of the Union for a Popular Movement (UMP) that drove Nicolas Sarkozy to the Elysee, and the candidates of the so-called Diverse Right, which brings together independents with a conservative tendency, start at the head in six regions, while the National Group it stands out in six others, according to polls published by Franceinfo.

This Sunday is only a first round and, in principle, the distribution of power will not arrive until a week later, on June 27. However, trends show that Le Pen’s party has real options to lead some region, among them Provence-Alpes-Côte d’Azur, located in the southeastern part of France and home to cities such as Marseille or Nice.

If historically the arrival of the extreme right to power has been a ‘red line’ for a large part of the French, now there is a majority who see no problem in culminating the rise that has always resisted them. Fifty-one percent of citizens believe that a victory by the National Group in the regionals does not constitute a danger to democracy, according to an IFOP poll published this week by the ‘Journal du Dimanche’.

The far right would be taking advantage of the growing political and social polarization in France, translated into a tense campaign that had among its highlights the slap received by Macron during an electoral act. The person responsible for the attack has already been sentenced to 18 months in prison, including four in a closed regime.

The leader of France Insoumise, Jean-Luc Mélenchon, sprinkled with flour during a demonstration called in Paris against the extreme right, has also been the protagonist despite himself.

Regional and departmental elections have traditionally been a test for the central government, which has a dozen members directly involved in these elections, within an amalgam in which local and national personalities intermingle and that could mark positions in the face of the key quote of 2022.

The pandemic has also marked the campaign, longer than usual and with restrictions in terms of acts and capacity, although unlike the 2020 local elections, this time France has already embarked on its apparent final de-escalation, even with the elimination this week of the obligation to wear masks in open spaces not crowded.

For regional elections, there is a list system that only exempts from the second round in the event that any party obtains more than half of the votes. If not, on June 27 the lists that have obtained more than 10 percent of the votes will face each other, although mergers are authorized that can recalibrate the weight of the different candidates.

In the departmental districts, votes are taken by cantons, where candidates are presented in pairs – men and women – who must obtain more than 50 percent of the votes of a quarter of registered voters to win in the first round. In the second round, to which the candidates with more than 12.5 percent of the support will pass, the relative majority is enough.

The parties have made an effort in recent days to call for participation, taking into account that abstention could end up being the great winner if the forecasts are met. According to a survey published by ‘Les Echos’, the turnout will be around 38 percent, which would leave an advantage to the candidates who have best known how to mobilize their own.

42 percent of those surveyed say they are not interested in the electoral appointment and the detachment is especially palpable among young people.