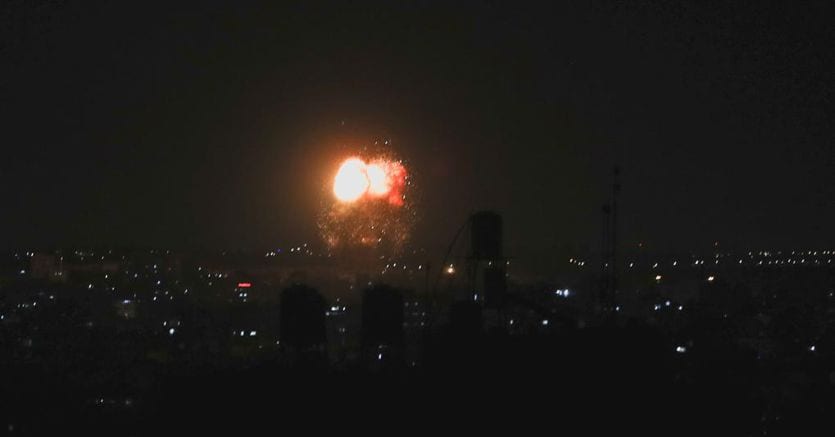 On the evening of Thursday 17 June and the following night, the Israeli army struck Hamas targets in the north of the Strip, in Beit Lahiya. The attack – underlined the Israeli press, recalling that it is the second – is in response to the continuous launch of incendiary balloons from the Strip towards the Israeli areas close to Gaza, despite the truce reached after the last conflict in May. Also on Thursday several incendiary balloons arrived and set fires in the fields.

Su Twitter le Idf (Israeli Defence Force, ed) explained that in the past few hours, “in response” to the attacks with incendiary balloons launched from Gaza in the direction of Israel, “military compounds and a rocket launching station”, all identified as “Hamas” targets, were hit. Palestinian enclave. According to the Israeli media, a dozen targets near Beit Lahiya and Beit Hanoun ended up in the sights of the operations.

“The IDFs have increased their preparedness for various scenarios and will continue to hit Hamas terror targets in Gaza,” adds the tweet. Two days ago, Israeli forces conducted a series of operations against Hamas targets in the Strip, again “in response” to the launch of incendiary balloons from the Palestinian enclave, in what was the first Israeli attack since the announcement of the ceasefire. fire that on May 21 put an end to 11 days of hostility between Israel and Hamas.