CDU bulwark against the far right wins hands down, AfD falls instead of climbing, Verdi and SPD disappoint 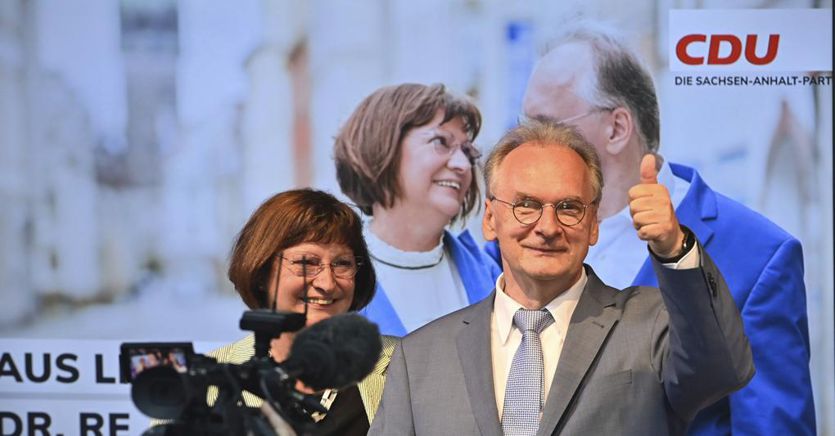 The CDU, the party of Angela Merkel, won – going much better than expected – the elections in Saxony-Anhalt, Land of the former East Germany, with 37.1% of the votes and an unexpectedly large advantage over the far-right AfD party dropped by 3.5% to 20.8% instead of rising and outclassing the CDU as some political commentators feared until the end. The Christian Democratic Union thus remains the first party in Saxony-Anhalt, up 7.3% compared to the elections five years ago.

The Greens disappointed: they aimed for a double-digit result, raising the bar of expectations on the wave of national polls, but they settled at 5.9% with a meager + 0.7%. In the “Land of lignite”, 71% of the population in a poll believe that the Greens are exaggerating with the protection of the environment.

The decline in Spd

The SPD failed to remain in the 10% area and fell by 2.2% to 8.4%: the popularity of Finance Minister Olaf Scholz, who is indicated in some polls as the candidate for chancellery, was of little use preferred by the Germans, more than Annalena Baerbock of the Verdi and Armin Laschet of the CDU.

The far-left party Die Linke fared worse, which fell 5.3% to 11%. The tandem descent of SPD and Linke in Saxony-Anhalt confirms the depth of the left crisis in Germany.

The Fdp liberals sang victory: while not taking a big leap forward, with a + 1.5% they reached 6.4%, they exceeded the 5% threshold thus being able to return to Parliament in the Land: a result that in the best case scenario could get them into the next ruling coalition.