Iran: Emergency shutdown at the Bushehr nuclear reactor due to malfunction 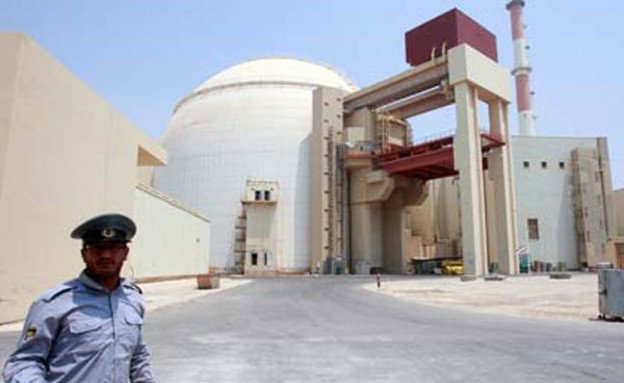 Iranian television reported tonight (Sunday) an emergency shutdown in the operation of the Bushhar nuclear facility due to a malfunction. According to the report, the shutdown at the country’s only nuclear power plant began yesterday and will last three to four days. According to Iranian sources, “the facility was shut down due to a technical renovation starting yesterday and for several days.”

According to a report on Iranian television, the cessation of the initiated activity was caused by a malfunction that was warned about a few months ago. As a result, the Iranians were forced to shut down the reactor for three to four days. It is not clear what is behind the shutdown, but it is related to the difficulty of providing electricity to the required extent. The Bushehr reactor is a civilian nuclear reactor unrelated to the military nuclear program and has been operating with Russian assistance since the previous decade.

Nuclear talks between Iran and the superpowers have been suspended today and representatives returned to their countries for consultations. Talks between the parties began about two months ago in Vienna, with the aim of renewing the nuclear deal from which the US unilaterally withdrew in 2018. Contacts resumed amid a change of government in Washington and repeated violations by Iran, which felt no longer bound by the US withdrawal.

“We are closer than ever to an agreement, but there are still large gaps that are difficult to bridge,” Iranian nuclear spokesman Abbas Arkady said. “In order to bridge the gaps, decisions are needed for the other side to make. I hope that in the next round of talks we will be able to take steps towards each other – even though it will be very difficult.”

The announcement of the break in talks came a day after Ibrahim Raisi, a conservative and extremist cleric nicknamed the “butcher” and “the executioner,” was elected president of Iran. Raisi is expected to continue in line with his predecessor in office and strive for a return to the nuclear deal with the US – which will allow Iran to break free from the stifling economic sanctions.

Prime Minister Naftali Bennett said this morning at a cabinet meeting that Raisi’s election is a “signal to the powers to wake up just before returning to the nuclear deal, and to understand with whom they intend to do business and what regime they choose to strengthen.” In the United States, too, they opposed the Tehran election, claiming that “Iranians have not been given the right to elect their leaders in a free and fair election process.”

Defense Minister Bnei Gantz also addressed the Iranian threat today at the state memorial service for the victims of Operation Eitan. “All attack options are on the table, and all efforts are and will be activated,” he declared. “We face distant and imminent challenges – the election of Raisi as President of Iran is further evidence of ongoing Iranian extremism and aggression. Israel will continue to develop the capabilities required to defend itself, in the face of any threat. We will do so together with our American friend and partners around the world.”