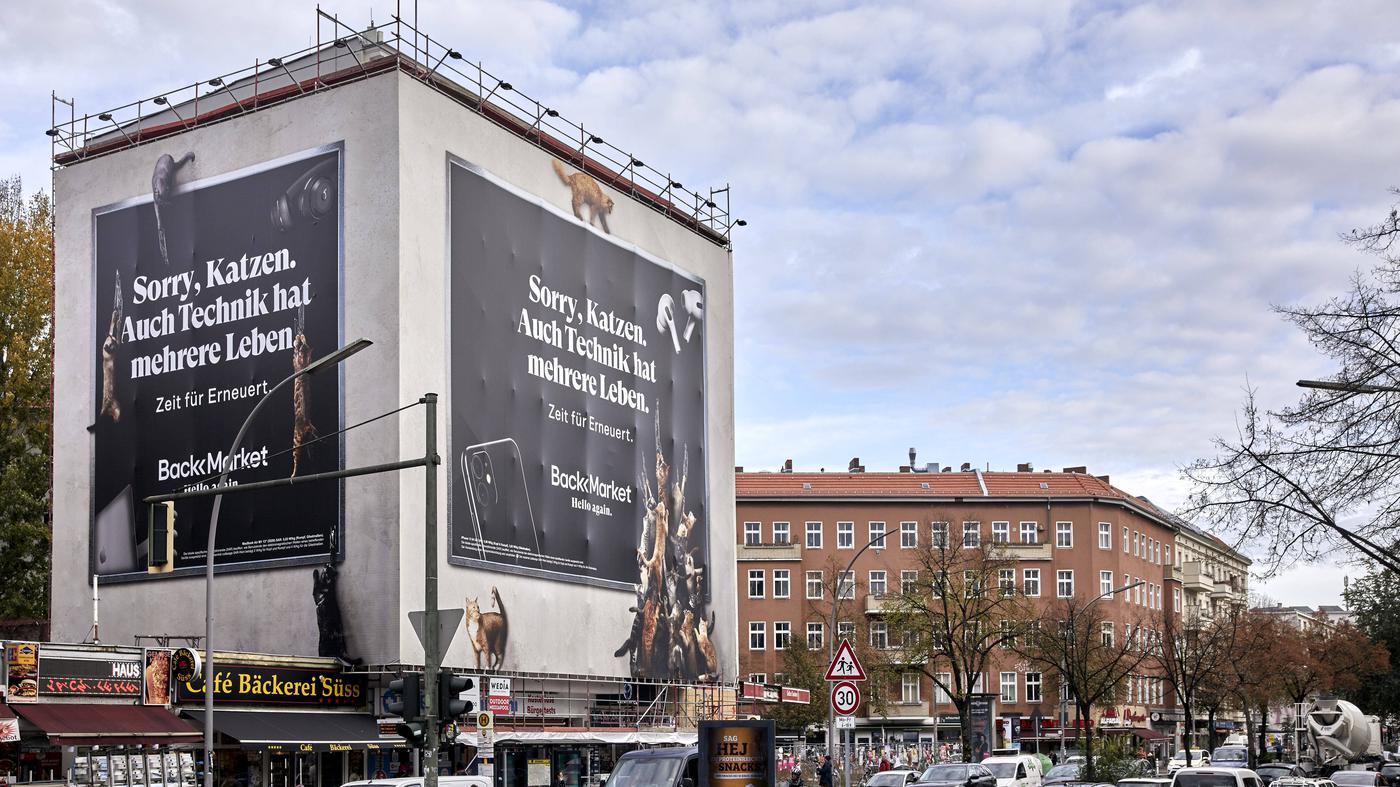 Residents of the house at Sonnenallee 7 in Berlin-Neukölln successfully defended themselves against a huge poster that surrounded their house on three sides. For a week they also lived in the dark during the day: the house had been scaffolded since November 1, and a tech company advertised a mobile phone on an opaque film. According to the district office, the advertising space was not approved at all – and was then removed again on Tuesday.

Urban development and more topics from Berlin’s districts in our free district newsletters at www.tagesspiegel.de/bezirke

“There is hardly any daylight in the lounges of our apartments, ventilation is hardly possible and, in our opinion, direct firefighting with fire engines would no longer be possible,” tenants of the house described the situation in a letter available to the Tagesspiegel.

One tenant put it this way: “It’s almost night inside now”. For the first few nights, the house was illuminated from the outside by 20 large floodlights. According to the tenants, this lighting was also the reason for the opaque film: “Despite all the restrictions that also occur during the construction work, we consider this to be the best alternative that has also been tried and tested elsewhere,” the tenants quote from a letter the advertising company.

According to the Neukölln district office, the giant poster was not approved. An application has been submitted, but a final decision has not yet been made on it. “The district office found out from tenants in the past week that a corresponding advertising poster had been rolled out here,” said a spokesman for the district office on request.

The special use authority therefore wrote to the advertising company and asked them to take down the poster within a week – and otherwise threatened a fine of 25,000 euros. “The advertising company started to take down the poster on Tuesday morning and thus complied with the request of the district office, so that the tenants should now have daylight again,” said the spokesman.

The residents also complain that they were not informed about the poster in advance: A notice in the hallway, which is available to the Tagesspiegel, only mentions “repair measures”.

According to the tenants, the house was only repaired four years ago – at that time a light and air-permeable net was installed. “Since then, about every two months, scaffolding has been erected on one or both windowless side walls of the house, advertising has been painted on or an advertising banner has been put up and then the scaffolding has been dismantled again. Above all, the erection of the scaffolding means noise pollution for days on end for us tenants, since holes always seem to have to be drilled in the walls. This work always takes place without prior notice,” the letter from the tenants continues.

In an interview with the Tagesspiegel, the homeowner’s son, who does not want to be named, justified the work with an “acute source of danger”: “We are proactively taking care of the renovation of the balconies before anything happens,” he said, pointing out that plaster had already fallen down in the past. The scaffolding and the tarpaulin are necessary to protect passers-by in particular from falling parts during the work.

He continues: “I can understand that this bothers the tenants. Unfortunately, that doesn’t change the fact that the work has to be done.” The work was moved to the darker season “so that the tenants can enjoy the sun in summer”. From his point of view, a net or a foil makes no difference for the tenants: “It is darkened anyway.” The owners are not responsible for the advertising itself and also the apparently not granted approval, he emphasized and referred to the advertising company. The work is currently suspended, he says.