The sandinistas of Daniel Ortega prevailed in the questioned municipal elections 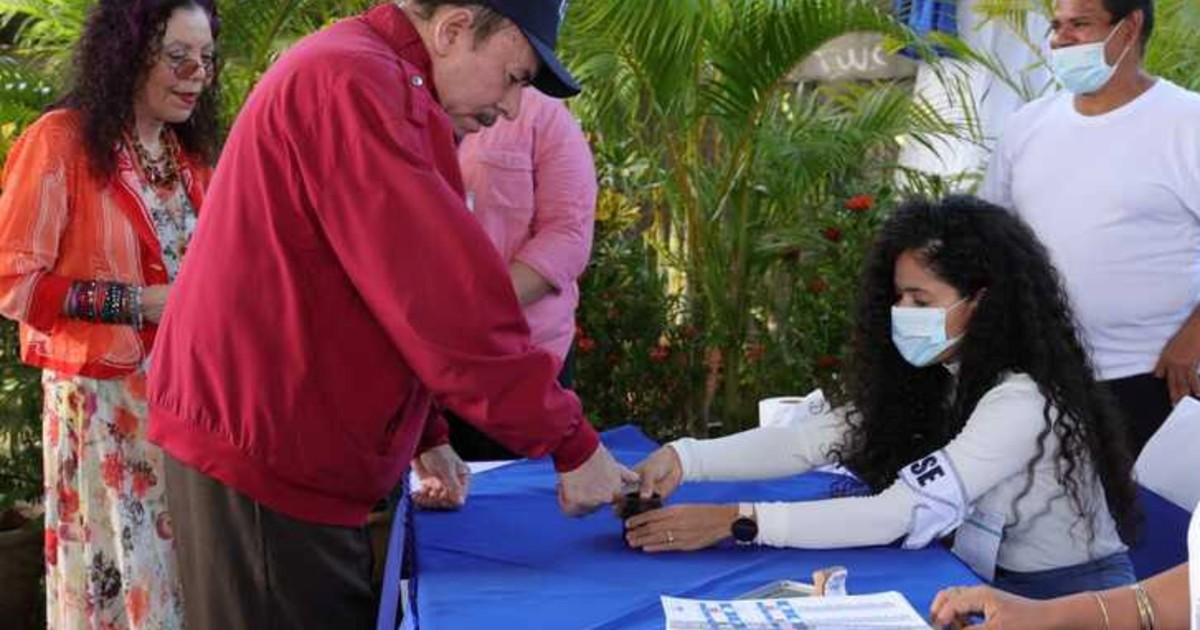 He won all the mayorships scrutinized so far, 112 of a total of 153, according to a preliminary official report released this Monday.

The Sandinista National Liberation Front (FSLN) of Nicaragua, led by President Daniel Ortega, won Sunday’s disputed municipal elections already winning all the mayorships scrutinized so far, 112 out of a total of 153, according to a preliminary official report released on Monday.

The Supreme Electoral Council (CSE) awarded the victory to the “United Nicaragua Triunfa” alliance, led by the FSLN, led by President Daniel Ortega, in 112 municipalities which include the mayor’s office of Managua, the capital, which once again remained in the hands of the Sandinista Reyna Rueda.

With a total of 1,957,074 valid votes, 52.6% of the 3,722,884 Nicaraguans called to vote, the FSLN, which controls all the powers of the State, as well as the Army and the National Police, became the absolute governor of Nicaragua, going from managing 141 mayorships to the existing 153.

The official report does not include the remaining 41 municipalities where the scrutiny is pending.

The elections were held to elect 153 mayors, 153 deputy mayors and more than 6,000 councilors. The FSLN already controlled 141 municipalities, after having occupied last July, through police action, five mayoralties that were in the hands of the opposition Citizens for Freedom (CxL) party, outlawed in 2021.

The other 12 municipalities have been, until today, under the control of the Liberal Constitutionalist Party (PLC) and the Nicaraguan Liberal Alliance (ALN), which the opposition considers “collaborators.”

In addition to the FSLN, the Liberal Constitutionalist Party (PLC), the Alliance for the Republic (APRE), the Independent Liberal Party (PLI Alliance) and Yapti Tasba Masraka Nanih Asla Takanka (Yatama) participated in the elections.

Ortega, 76, governed for the first time from 1985 to 1990 and returned to power in 2007, to later be re-elected three times in elections where the opposition denounced “fraud”. Since 2016 he co-governs with his wife, Vice President Rosario Murillo.

Sunday’s elections from which three opposition parties were excluded were carried out after new police raids in six departments of the country, according to the independent Urnas Abiertas observatory, which reported more than 700 cases of “political violence,” such as sieges, coercion and the capture of 17 people from November 1 to 6.

According to that body, not endorsed by the government, only 17.3 percent participated in the voting of the 3.7 million Nicaraguans qualified to vote, which shows an abstention rate of over 82.6 percent. The total population of Nicaragua is about 6.6 million inhabitants.

The president of the CSE, Brenda Rocha, said that the electoral process was “a civic and sovereign exercise” that concluded “successfully,” but did not give figures on citizen participation at the polls.

In a first evaluation of the day, Open Ballot Boxes pointed out that the elections were carried out “under the absolute control” of the FSLN in the territories, where people were “surveilled by the ruling party block by block” to force them to vote or to harass them if they were opponents.

According to the report, public employees were “pressured” to vote and in 63% of the polling stations observed “the installation of checkpoints” and surveillance by Sandinista political operators was verified, to find out who went to vote and who did not.

In 42% of the voting centers observed, there were cases of people who were not found on the electoral roll, some of whom they were “assaulted and expelled” of the precinct, while in 41% of the centers “political proselytism” was detected, since there were posters of the Sandinista party and electoral personnel dressed in party propaganda, indicated Urnas Abiertas.

Nicaragua is experiencing a serious political crisis that erupted with the social protests of April 2018, when the repression by police and paramilitaries left 355 dead, 2,000 injured, more than 1,600 detained at different times and 100,000 exiled, most of them refugees in Costa Rica. .