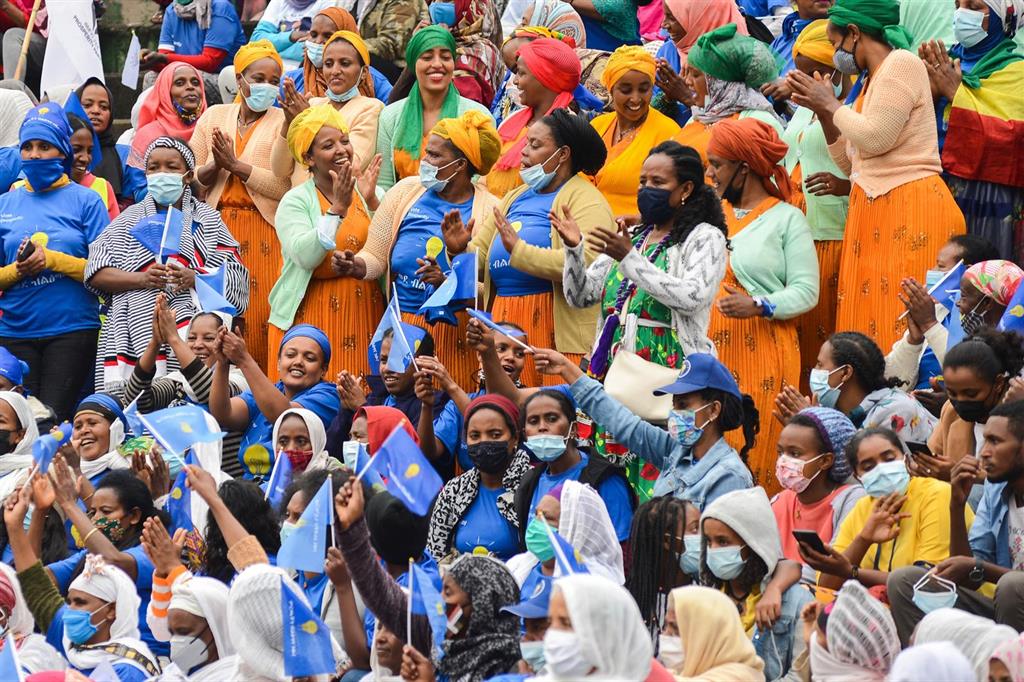 Abiy’s party appears as the favorite, given the opposition complaints about an increase in repression

The Ethiopian population began voting for parliamentarians postponed twice on Monday, a vote that cannot be carried out in several areas due to the violence and instability in which the country has been plunged in recent months. .

The elections will be the first since Abiy Ahmed took over as prime minister in April 2018, at which point he launched a reform program considered to be one of the causes of the upsurge in inter-community tensions in Ethiopia.

Abiy, who was awarded the 2019 Nobel Peace Prize as a result of the peace agreement with Eritrea, has argued that the elections will be free and fair, amid criticism of the detention of opponents and insecurity.

In this sense, last week he called for participation and argued that the vote “will be the country’s first attempt to hold free and fair elections”, before betting on “leaving a generational mark” through this process.

However, the elections will take place in the midst of a deep crisis due to the postponement of the vote in August 2020 due to the pandemic, a decision highly criticized and flatly rejected by the Popular Front for the Liberation of Tigray (TPLF), and a second postponement due to logistical problems.

The party, which then ruled in Tigray (north), accused Abiy of exceeding his powers and staying in power despite the fact that his term had expired, while opting to keep the vote for the regionals, in which he imposed with more than 95 percent of the votes.

The escalation of tensions between the TPLF and the central government, which began with the reform program promoted by Abiy, considered by this group – previously dominant in Ethiopian politics – as destined to reduce its power, led to an open conflict in November.

Abiy ordered the launch of an offensive against the group after an attack carried out by the TPLF against the main army base in the regional capital, Mekelle, after what has been declared a terrorist organization.

The conflict, which has led to a serious humanitarian crisis, has meant that voting cannot take place in the region due to insecurity, a situation also marked by complaints against Eritrean troops for abuses during their participation in the fighting on the side of Addis Ababa.

Apart from the crisis in Tigray, the country has been the scene of a rebound in political and intercommunity tensions, especially in the regions of Oromia, Amhara and Benishangul-Gumuz, with hundreds of deaths in attacks and clashes in recent months.

The Government has accused the TPLF and the rebel group Oromo Liberation Army (OLA) of these incidents, split from the Oromo Liberation Front (OLF) after the 2018 peace agreement, a situation that is also situated in a context of growing tensions between the authorities and various opposition groups.

In fact, the OLF announced at the beginning of March that it will not participate in the legislative elections, adding to the boycott of the Oromo Federalist Congress (OFC), which has demanded the release of several of its senior positions in order to participate in the process, which threatens with reducing credibility to the results.

OFC senior officials Bekele Gerba, Jawar Mohamed and Dejene Tafa, are being detained and charged with terrorism as a result of the wave of violence that followed the murder in June 2020 of the popular Oromo singer and activist Hachalu Hundessa, in another example of the growing tensions.

THE PP AS A GREAT FAVORITE

Thus, a total of 46 parties –20 of them national and 26 regional formations– will compete for seats in Parliament – made up of 547 seats – although the Prosperity Party (PP) of Abiy is the one that appears as the main favorite.

The Parliament is divided by quotas according to the states, also marked by the divisions between ethnic groups, although there are doubts about whether the totality of seats should be distributed according to the results or whether to occupy only the number corresponding to the areas in which population can go to the polls.

The vote will not go ahead in Tigray, nor will it take place in the states of Harari and Somali – postponed until September due to problems with the ballots – and some areas of Oromia, Amhara and Benishangul-Gumuz due to violence.

The PP is running in what will be its first elections since its emergence in 2020 after the dissolution of the Ethiopian People’s Revolutionary Democratic Front (EPRDF), a coalition that led the country for almost 30 years. The PP is made up of the same parties as the EPRDF, with the exception of the TPLF, which refused to be part.

Abiy’s stated goal was to end the EPRDF, made up of ethnic-based parties, to end these divisions, although critics argue that this has fueled tensions and seized power in regional nuclei to centralize power in Addis Ababa.

Their main rivals include the Ethiopian Citizens for Justice Party, the Amhara National Movement and Balderas for Genuine Democracy, although they are not expected to be surprising, although the growing unrest against Abiy could see them add more votes of the expected ones.

Various opposition groups have accused Abiy of launching a campaign of repression to guarantee the dominance of his new party – including the aforementioned arrest of senior OFC officials – with the Ethiopian Citizens for Justice Party of Berhanu Nega, former leader of the armed group Ginbet 7 – which ended its resistance in 2018 after the arrival of the prime minister to office – as the only strong rival.

For its part, the African Union (AU) has announced the dispatch of an electoral observation mission to monitor the vote, while the European Union (EU) withdrew its mission in May due to a lack of guarantees, to which Addis Ababa He replied that this representation of the European bloc was not necessary to certify the credibility of the process.

The electoral commission itself recently recognized that the existence of some problems is “inevitable”, although Washington has expressed “grave concern” about the “environment” in which the elections will take place, especially about “the arrest of opponents”, ” the harassment of independent media “and” inter-ethnic conflicts “in the African country.

Thus, the spokesman for the US State Department, Ned Price, opted for an “inclusive” dialogue after the parliamentarians and stressed that the vote “should not be seen as a singular event but as part of a political process.”

“The post-election period will be a critical time for Ethiopians to come together and confront these divisions,” Price said. Ethiopia is one of the main economic and military powers on the continent and further destabilization is seen as a threat to the Horn of Africa region.

The country is also mired in a border dispute with Sudan and in a process of talks – with little progress – with Egypt and Sudan about the dam that Addis Ababa is building on the Blue Nile River, which has also raised tensions, threatening a further deterioration of the situation.

For this reason, the elections are seen as a plebiscite around the figure of the prime minister and the margin of maneuver that he has will depend on the margin of difference with which he prevails. Abiy has stressed that he hopes to gain support for his reform efforts, which include plans to amend the Constitution.