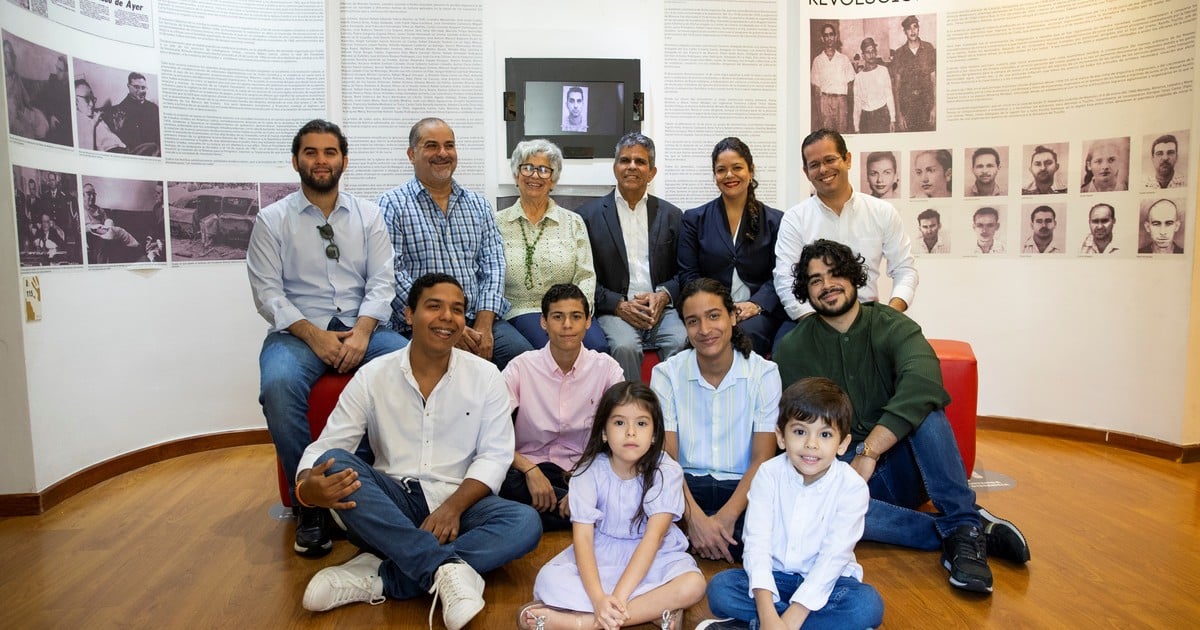 They were assassinated by order of Leónidas Trujillo on November 25, 1960. Their descendants keep history alive.

A cement floor and some columns surrounded by a memorial garden is all that remains of a place that can be considered the home of the anti-Trujillo resistance, a meeting point for the clandestinity that fed a movement against the Dominican dictator Rafael Leónidas Trujillo (1930-1961).

The home of Patria Mirabal and Pedrito González,in Conuco, Salcedo, in what is now the northern province of Hermanas Mirabal, hosted those meetings that led to the birth, in January 1960, of the June 14 Revolutionary Movement, whose objective was to put an end to the tyrant.

This November 23, the Memorial Museum of the Dominican Resistance (MMRD) inaugurates an “unprecedented” exhibition about the history of marriage “through his house, which was a home of resistance” and conspiracy, where, in addition to clandestine meetings, explosives were manufactured and materials were kept, the center’s director, Luisa de Peña, explained to EFE.

It is a vision that goes beyond the well-known story of the Mirabal sisters, “the butterflies”international symbol of the fight against violence against women and murdered by order of the satrap on November 25, 1960.

“It’s interesting because people think it was a romantic and suicidal resistance… no,” De Peña said emphatically. “It was a planned resistance” that faced “the bloodiest and best organized dictatorship in Latin America in the first half of the 20th century.”

Noris Gonzalez Mirabal, daughter of Fatherland and Pedrito and who he was 15 years old when his mother and aunts were beaten to deaths, was part of the freedom struggle that took place in his home until then and, on the occasion of this exhibition, he shared with EFE the memories he keeps of his family’s display of rebellion.

“We learned from childhood not to speak loudly about anything that was in opposition to the regime. You had to be careful because the walls could hear. You always had to speak low,” although the great hospitality of Patria, with multiple visits, helped not to arouse suspicion about the activities In the House.

One of the tasks consisted of prepare explosive devices in an artisan way,He, taking out the gunpowder from Chinese rockets sold in grocery stores and that they carried out at night, covered by the music of the radio at a considerable volume once the service was withdrawn and then leaving everything clean.

“We helped to get the gunpowder out”, although the devices were not prepared with a destructive desire or to kill, but “to make noise and attract attention. I participated in that activity and took care of cleaning it because the next morning one would see” the remains of the explosive. “Oh, if the service sees that!” He pointed out.

When the clandestine movement was discovered and a large part of the family fell prisoner -Minerva and María Teresa Mirabal, Pedrito, Nelson (eldest son of the couple), various cousins ​​and brothers-in-law- and many other men and women opposed to the regime, Patria was the only one left out of prison,so that she alone was in charge of keeping the resistance alive.

That implied informing those who were in jail (first in 40 and then in La Victoria) of what was happening outside, through written messages that he hid in his clothes: he unstitched the hems (bottoms), introduced rolled papers and sewed again. to fulfill this dangerous mission.

The family had their assets taken away and the house was put up for auction in a fictitious way, but in reality Trujillo gave it to Alicinio Peña Rivera,head of the Military Intelligence Service (SIM) for the northern region, who dismantled that resistance fort, leaving it in ruins, as it is seen today, to use the wood for a house that was being built.

Peña Rivera was the one who, later, directed the assassination of the Mirabals, captured on the Marapicá bridge together with Rufino Ruíz, who was driving the vehicle in which they were traveling.

Homeland, rebel to the end “he got away from those henchmen” sent by Trujillo and “he rushed against a social security truck: ‘Tell the Mirabal family that they want to kill us,'” he told its occupants before they tore it from there to execute the plan drawn up. “It’s the strongest part of the story” for Noris.

On the occasion of this exhibition, children, grandchildren and great-grandchildren of Patria and Pedrito have come to the MMRD displaying the unity of a family that has inherited their values ​​and, in the case of one of Noris’s daughters, an impressive physique for being the spitting image of her grandmother, with which it also shares a name.

Always intent on keeping the memory of what happened alive, “I tell the boys that they must take up the torch” because “after I lose my mind, I disappear, they have to tell the story” so that, Noris insisted, they don’t repeat again.