Beijing, abuzz with fear and ennui due to the restrictions of the “zero covid” policy in China 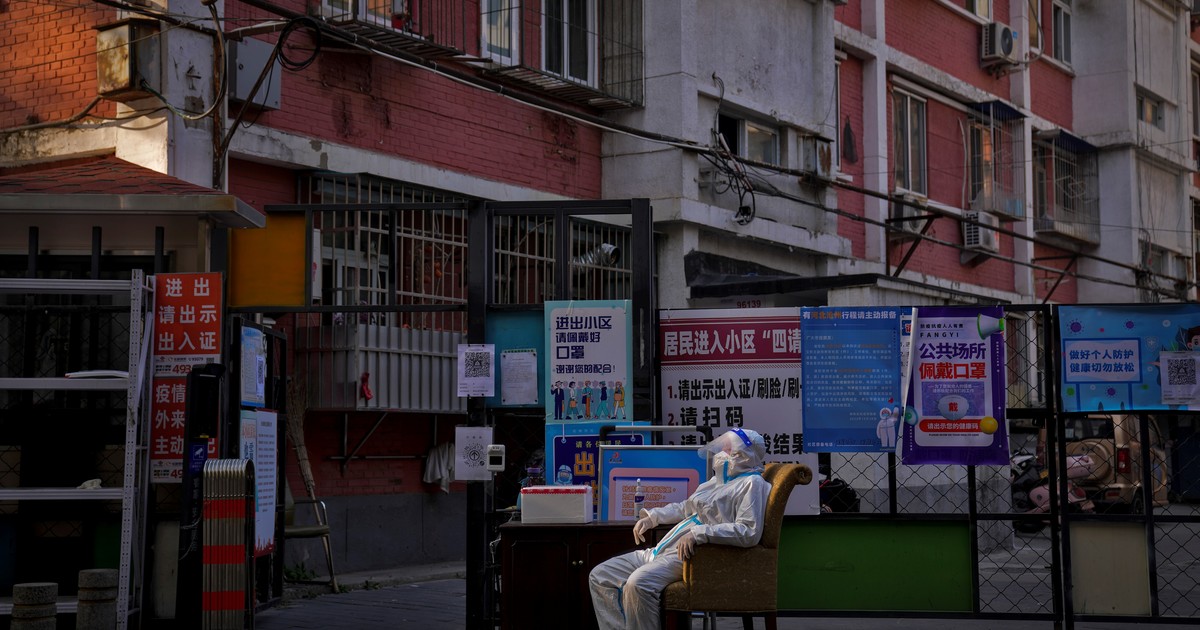 In recent days, the Chinese capital has experienced an unprecedented outbreak and dozens of residential buildings have been confined and companies have ordered teleworking.

With schools, restaurants and shops closed again and the fear of being confined at any moment, Beijing, the Chinese capital is abuzz with fear and ennui Given the tightening of anticovid restrictions, almost three years after the start of the pandemic.

In recent days, the Chinese capital experience an outbreak never seen before and dozens of residential buildings were confined and companies decreed teleworking.

A large part of the population she’s tired of the restrictions, which are often vague and changeable, and whose duration is never announced in advance.

“I’m sick of all this. There is no one on the streets,” Elaine, a young office worker, explained to AFP. “I want to go out to dinner and see my friends, but it’s impossible,” she adds.

The street and the air

A French woman living in Beijing found herself trapped in her boyfriend’s apartment Monday morning after spending the night. The reason? One of the neighbors tested positive, which led to the confinement of the entire building for five days.

“Every night we think that we could be trapped in our apartment the next morning,” says the young woman, who wishes to remain anonymous to avoid potential problems.

“The only thing left to us is the freedom of walk through the street and breathe fresh air,” he continues.

Queues sometimes stretch for tens of meters in front of the small PCR testing booths scattered throughout Beijing.

Businesses must operate in the midst of fuzzy constraints since the directives are not clearly announced in the media.

It is often the neighborhood administrations that directly notify restaurants, bars or shops the closing order, usually on the spur of the moment.

The city of Beijing announced Wednesday about 1,500 new cases, the vast majority asymptomatic pictures, in a city of 22 million inhabitants.

The Chinese capital had never registered this level of infections since the pandemic began, but this level is still far from that registered by other countries.

Almost three years after the start of the pandemic, the reaction of the Chinese authorities seems disproportionate compared to the situation in many other countries in the world that live with the virus.

Now, Beijingers now fear a general lockdown, similar to the tax this year for three months in Shanghai, the largest city in the country (25 million inhabitants).

The episode was characterized by food supply problems, difficulties in accessing hospitals for patients with pathologies other than the coronavirus, and manifestations of discontent.

For its part, the Chaoyang area, home to the business district and which is the most populated district of the Chinese capital, is almost deserted.

Most of the hairdressers, beauty salons and karaoke bars closed.

A former gym employee has left Biejing since the venue closed in May, during a previous outbreak that also led to strict restrictions.

“This new wave of covid has had great repercussions in people’s lives, especially those working in the service and fitness sectors,” Xu told AFP, declining to reveal his full name for fear of reprisals.

“Many of my former colleagues left the capital because they had no income,” he details.

In the Dongcheng district, the historic heart of the capital – where the Forbidden City and various ministries are located – there are tables in front of restaurants. The waiters put there plastic bags with meals ready to eat. be sent to customers by an army of delivery guys on motorcycles.

According to a restaurant employee, the establishment’s profits have decreased by 99% since they can no longer receive customers.

One thought on “Beijing, abuzz with fear and ennui due to the restrictions of the “zero covid” policy in China”