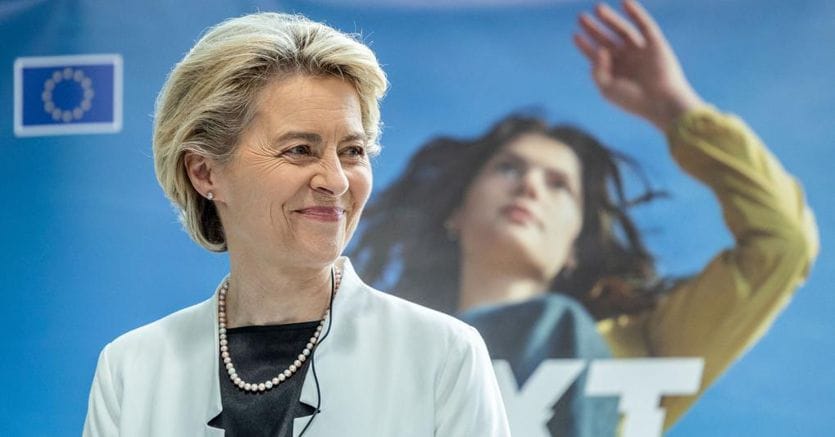 FROM OUR CORRESPONDENT
BRUSSELS – The national economic recovery plan (known by the acronym PNRR) that the Italian government presented at the end of April will be officially approved by the European Commission on Tuesday. At the same time, the president of the EU executive Ursula von der Leyen will be in Rome to hand over the EU conclusions directly into the hands of Prime Minister Mario Draghi, which according to the information circulated here in Brussels are positive.

The plan, preparatory to the use of the money from the Recovery Fund, will allow Italy to receive around 70 billion euros in subsidies and around 120 billion euros in loans from the EU authorities. According to the European legislation that regulates the disbursement of the money, a first share equal to 13% of the total will be paid to the country, free from any project or measure. On balance for Italy, a payment of about 25 billion euros is expected, at least partly expected in July. In fact, the European Commission will present on Tuesday a proposal for an implementing decision that the Council will have to approve within a month (yes see Il Sole / 24 Ore of last June 19th).

According to the information gathered here in Brussels, the assessment of the Community executive, which should be endorsed by the same college of commissioners, is positive. Brussels has 11 criteria with which to analyze the national economic recovery plans. Among the parameters, there are compliance with the country recommendations; the contribution to jobs, growth and the ecological transition; the commitment not to damage the environment and to have a lasting impact on the national economy; the goal of helping the digital transition; effective rules for monitoring the application of the national economic recovery plan; cost justifications; as well as the intrinsic coherence of the recovery plan itself.

In evaluating the various criteria, Brussels can give three marks: A, B and C, from best to worst. According to the information circulated, Italy obtained the best mark, namely A, in 10 criteria out of 11. Only as regards the criterion relating to costs, it obtained B. According to the regulation, this means that Italy would have provided “in moderate measures” sufficient information to demonstrate that the amount of the estimated total costs is in line with the nature and type of the planned reforms and investments. The same assessment has been reserved for the national plans approved so far. Last week the plans of Portugal, Spain, Greece, Denmark and Luxembourg were dismissed. The plans of Slovakia, Austria and Latvia were approved today. In addition to Italy, on Tuesday it will also be Germany and Belgium.

Speaking to the European Parliament, the President of the European Central Bank Christine Lagarde explained that the Recovery Fund represents “a double challenge.” pro.cyclical. Secondly, it is a pioneering and emblematic project. If it were to fail, this would have repercussions on the enthusiasm and support of many, including the financial markets ». On the monetary policy front, the central banker added that “the European Central Bank still has room to cut interest rates if necessary”.